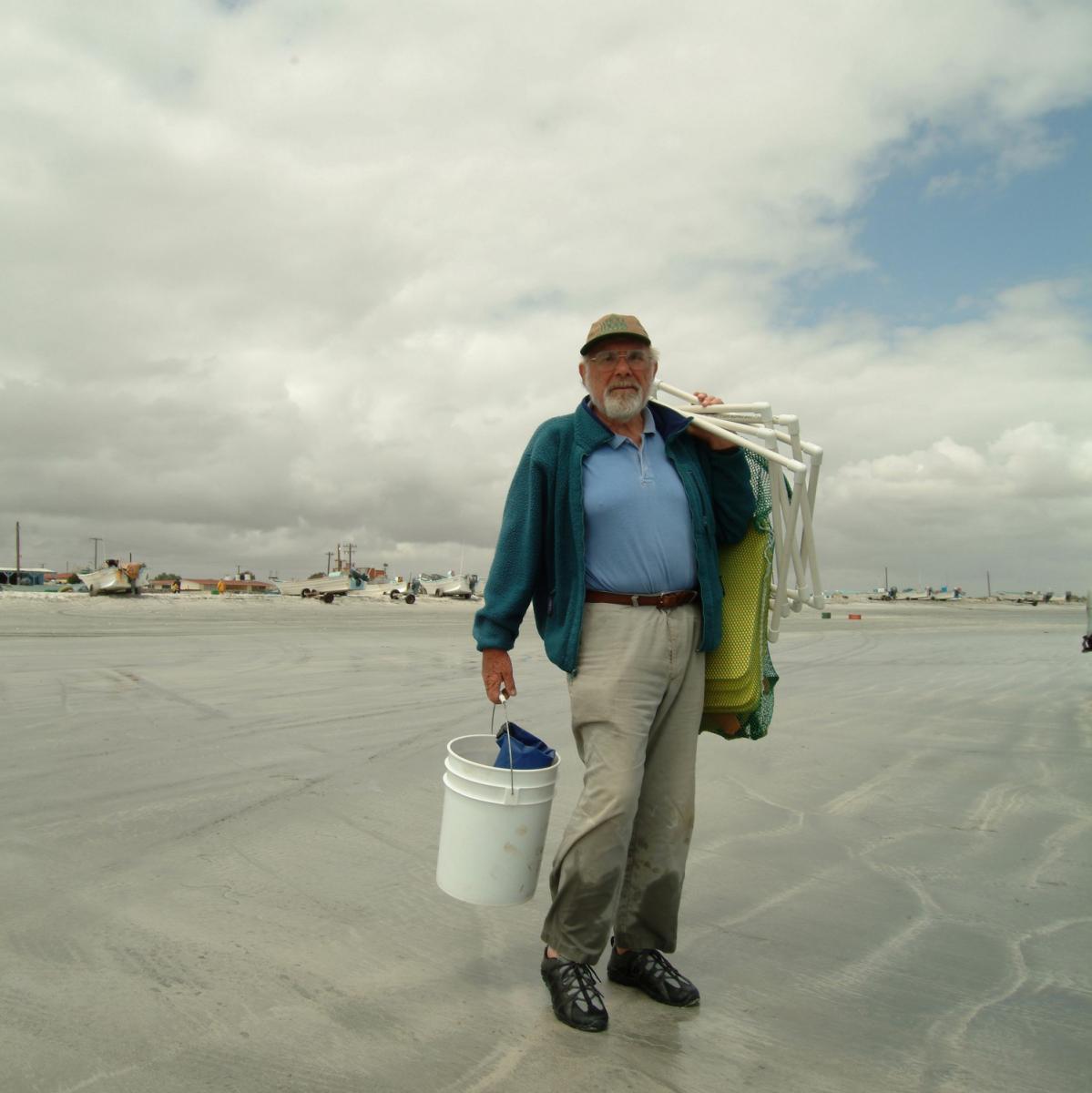 The Resounding Impact of Chuck Baxter

Chuck Baxter has a long history of inspiring thousands of outdoor nature enthusiasts including his students, scientists, even US! It was Chuck’s vision that motivated our production of the original PBS series, The Shape of Life. Before that, Chuck was one of the founders of the Monterey Bay Aquarium where his vision led to many of the exhibits. When you consider these outlets alone, it’s difficult to quantify how many lives Chuck has enriched through his appreciation of the natural world.

One of Chuck’s first memories growing up in Santa Monica was of playing in a field where his cousin pointed out the silky trapdoor of a trapdoor spider. He lifted that door and he’s been opening doorways into the natural world ever since. Chuck was a child of the Great Depression where he learned how to find entertainment outside –gardening, foraging and fishing— which in turn helped to feed his family in difficult times.

As a teacher, Rachel Carson’s book, The Sense of Wonder, became a guide for Chuck. He knew from personal experience how essential it is for children to be in nature. It’s that sense of wonder at an early age that opens an individual up to endless exploration of the natural world.

In college Chuck learned to scuba dive where he saw a kelp forest for the first time; this changed the course of his studies from Engineering to Biology. A sense of wonder has driven Chuck’s long career as a naturalist and continues today at the age of 91.

Taking a Closer Look at the BIG PICTURE 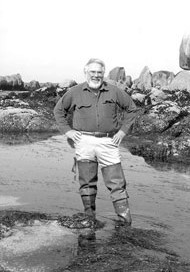 When we asked Chuck the definition of a naturalist he said, “one who asks questions of

nature and resolves them by any means necessary.” He views naturalists as essential in this time of monumental global change. Naturalists view changing patterns in nature that beg for explanation. The baseline knowledge of naturalists helps to inform many scientific disciplines about systems and function. “Observation is the key to natural history”, adds Chuck.

Working at Hopkins Marine Station for decades, Chuck observed the ecology of the Monterey Bay. In 1980 he began to see changes in the intertidal since he first began observations at the Marine Station. Going out to the intertidal early in the morning, Chuck saw the color of the intertidal algae as beautifully radiant. Then, over time, he noticed the rocky intertidal lost its radiance, turning a murky brown. At the same time, Chuck recorded an increase in some snail species. When he got two undergraduates to do a more in-depth study comparing changes in abundances from the 1930s, they found definite increase in the abundance of warm water species. This discovery was alarming as it reflected the first change in a community’s species composition correlated with climate change.

In 2000 The Western Society of Naturalists named Chuck Naturalist of the Year where he was declared an “unsung hero who defines our future by inspiring young people with the wonders and sheer joy of natural history.”

The Path to Environmentalism 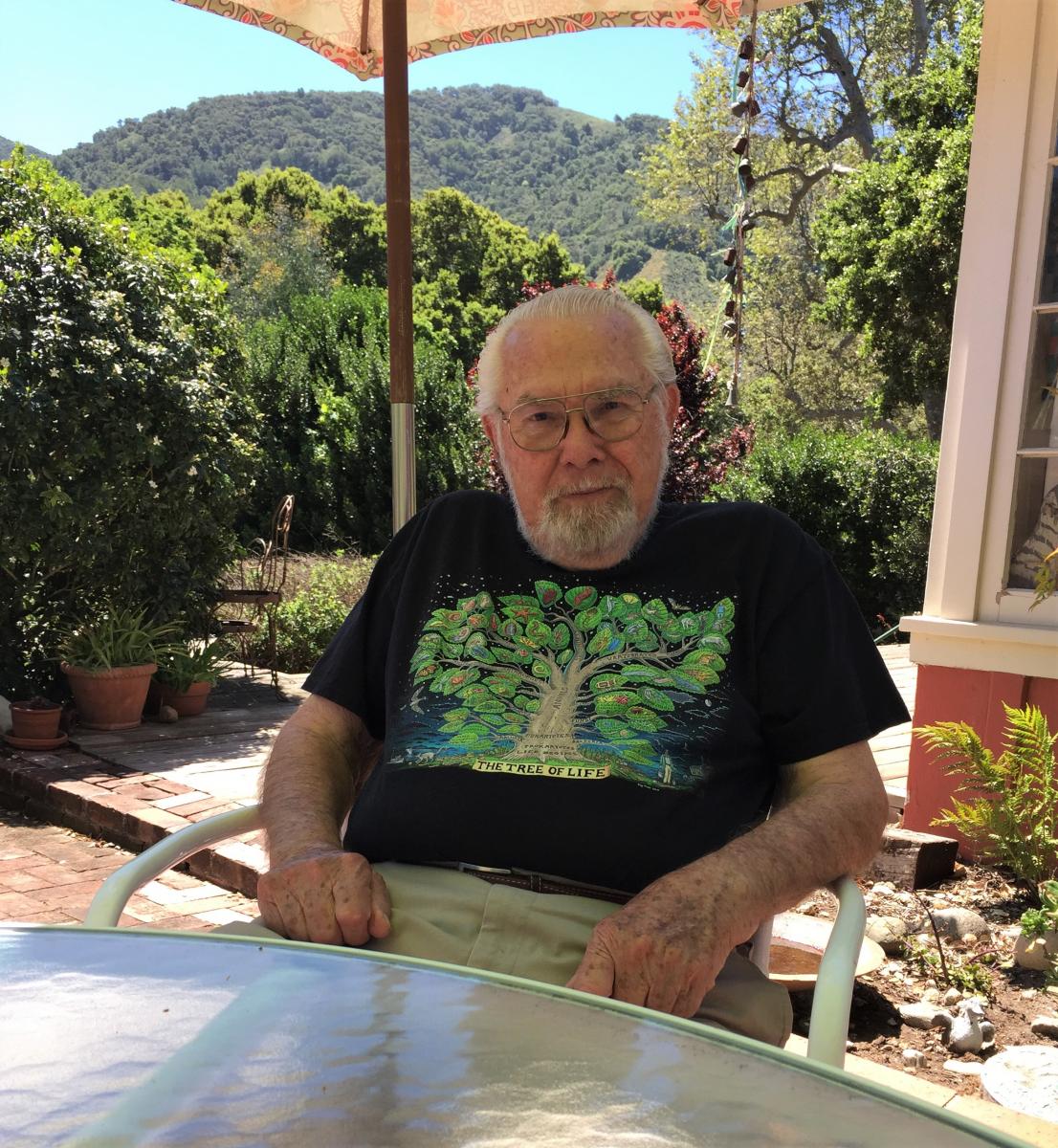 Chuck is concerned that natural history is no longer being taught in schools. He would like to see more classes with field experiences, which is one of the most productive and exciting ways of teaching. Studying nature can inspire a sense of wonder and surprise; but more importantly it can be motivational, encouraging curiosity, openness to questions and new experiences. Studies show that children exposed to nature before ages 10-11 are far more likely to be responsive to environmental problems than those not. (Citation: Wells, Nancy M. and Kristi S. Lekies. (2006). “Nature and the Life Course: Pathways from Childhood Nature Experiences to Adult Environmentalism.” Children, Youth and Environments).

Chuck’s endless wonder of the natural world continues to motivate us in providing more and more information and resources to students. Our appreciation for Chuck is as immeasurable as his positive influence on thousands and thousands of students who explore the natural world.