Did You Know: The Ocean Got Quieter During the Pandemic 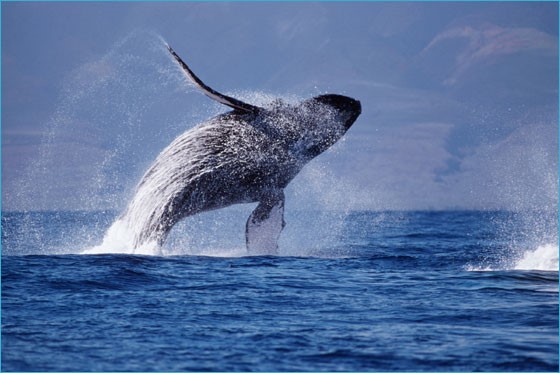 When the world went on lockdown in early 2020, economic activity slowed and there was a steep decline in shipping traffic. The ocean is filled with animal sounds – whistles, songs, bellows, clicks, and more – and the sounds of storms and earthquakes. Added to that is noise pollution from ships.

Our friends at the Monterey Bay Aquarium Research Institute (MBARI), study all aspects of the ocean and part of a nation-wide team trying to better understand underwater sound within the National Marine Sanctuary System. They have an underwater microphone (hydrophone) deep in the ocean in the Monterey Bay National Marine Sanctuary that streams and records ocean sounds. Listen to orcas and Pacific white-sided dolphins.

When comparing data from past years, researchers at MBARI noticed a sharp decline in the noise from large ships in the spring and summer of 2020. The Sanctuary lies between the busy ports in the San Francisco Bay and Los Angeles area. John Ryan of MBARI found that the sanctuary’s soundscape responded rapidly to a quieting of large-vessel traffic, demonstrating how well sound carries and impacts sensitive marine wildlife, like whales.

“We heard the changes in noise clearly even though we are not recording near a busy port or shipping lanes,” said Ryan. “Noise is an ephemeral pollutant,” explained Ryan. “If we reduce the amount we put into the ocean, habitat quality improves immediately and there’s an immediate benefit to animals that rely on sound for their lives.”