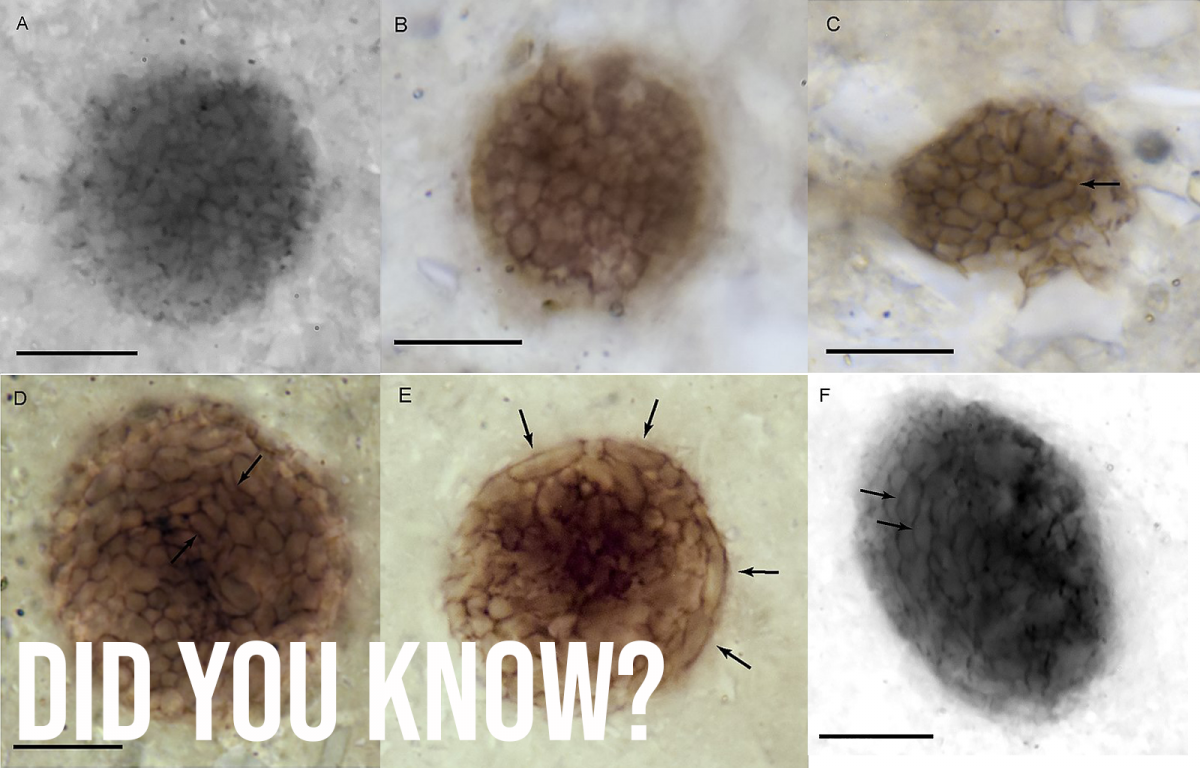 We always wonder where and when animal life began. Now, scientists in Scotland have found  microfossils in a primeval dry lake bed that might provide a clue. Those microfossils are truly ancient, dated to about one billion years ago. The fossils show two distinct types of cells, suggesting a link between unicellular organisms and multi-cellular animals. The scientists observed that the organism, called Bicellum, appears to be a “tiny sphere of tightly packed, roughly spherical cells surrounded by a differentiated outer single layer of elongated, sausage-shaped cells.”

Bicellum may be a link between the first unicellular relatives of animals and more complex multicellular animals. Like the first animals, the sponges, the Bicellum shows cell-to-cell adhesion and cell differentiation. Many questions remain, for example: did genes from Bicellum, or a close relative, get incorporated into the first animals? This fossil is from a fresh water lake, so did the first animal arise in the ocean or in freshwater?