Are Planarians Guiding Us to a New Way of Healing? 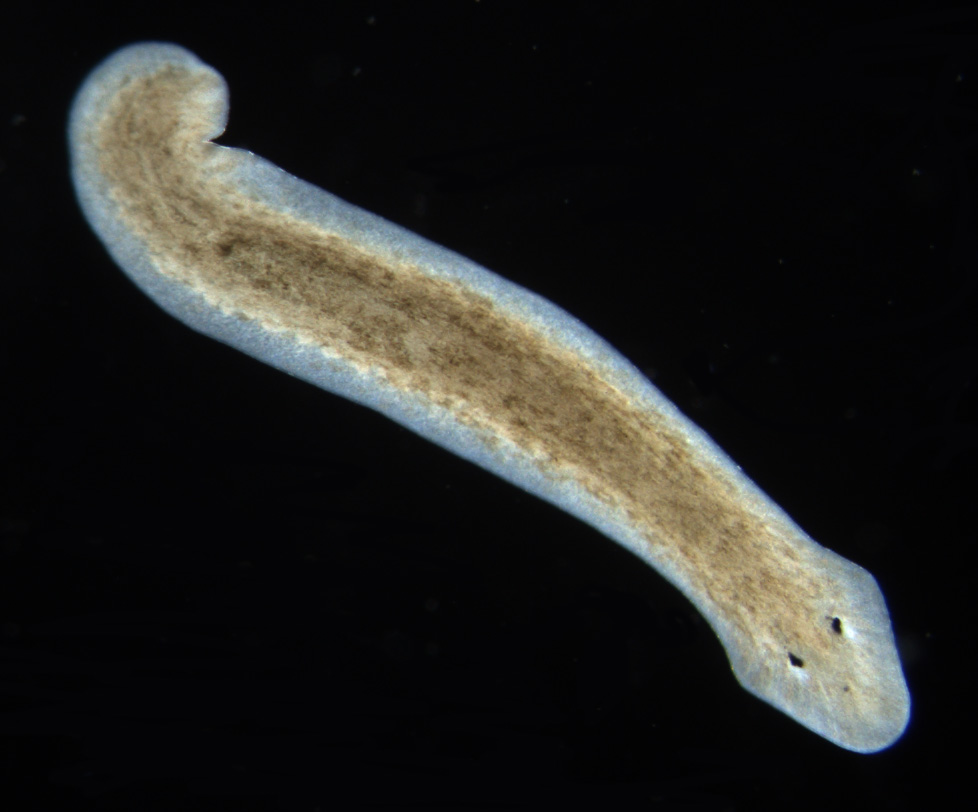 ​Planarians are small flatworms known for their amazing ability to regenerate. As the naturalist John Graham Dalyell wrote in 1814, planarians could “almost be called immortal under the edge of the knife. They can tear themselves in half and regrow complete bodies. They can retain memories despite decapitation. And if you chop them into little pieces, each piece will start acting like a perfectly intact worm.“

Splitting themselves is part of the planarian life-cycle, it’s one way to reproduce in addition to their sexual reproduction system. If you cut a planarian in three pieces, each piece behaves like an intact animal. Watch it here. Pieces as small as one-279th of a planarian will turn into new, whole ones, given the time. Actually a single cell type can regenerate an entire animal.

It’s All in the Neoblast

Neoblasts, found in planarians, are like stem cells that occur in most other animals, including us. But stem cells can’t make entire new bodies. Neoblasts are distributed throughout the flatworm’s body, making up about 25 to 30 percent of its cells. After an injury, these cells increase their rate of division and migrate to the wound site, and later differentiate to restore tissue, and remake a complete and functional anatomy. It’s an extreme survival strategy.

No head, no problem, for the planarian – just grow a new one with OLD MEMORIES!

This story about that experiment includes illustrations. The implications of this result are profound: memories are stored outside the brain. 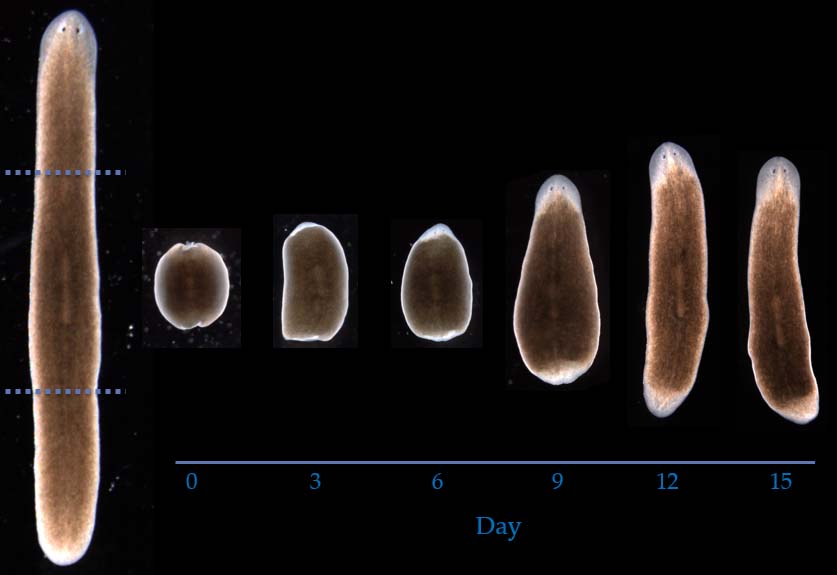 A New Way of Healing?

Scientists have discovered ‘guidepost’ cells that guide the path between the planarian’s newly regenerated eyes and its new brain. This planarian ability gives researchers hope for finding new ways of healing spinal cord damage, limb loss and other serious injuries. The planarian truly is one of the most extraordinary and influential organisms in scientific research today.