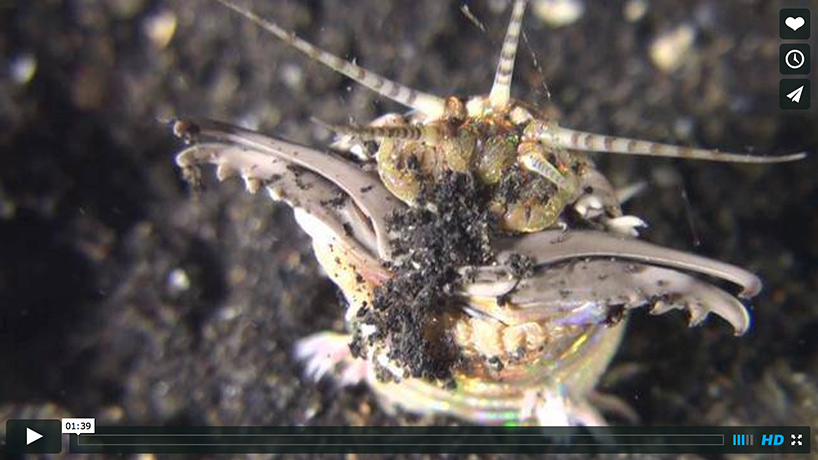 This is great footage of a “lowly worm” catching an unsuspecting fish and an octopus getting away. The bobbit worms (Eunice aphroditois) are nocturnal, predatory worms that bury themselves on the ocean floor with only their sensitive antennae visible. The five antennae sense prey, the worm then catches it with a feeding apparatus called a pharynx. The pharynx can turn inside out and has strong, sharp pincers on the end. Sometimes its prey is cut clean in half because of the speed and strength of the attacks, and it can inflict a nasty bite if a human gets too close. Once the prey is caught, this long-living worm will shoot back into its burrow to feed.

The description from the photographer: “Bobbit Worms are a very strange nocturnal predatory worm. They have most of their bodies buried in the sand, with just their frightening looking pincers showing. I was patiently filming a couple that were close together and my waiting paid off.....the first Bobbit Worm attacks and eats a foolish Scorpionfish that wandered in too close......the second went for a Long Arm Octopus that got too close....I was quite upset, as I Love octopuses, but luckily the plucky little octopus was too tough for the Bobbit worm and escaped after a few seconds.”

This bobbit worm is a close cousin of the worm featured in the Shape of Life video Annelids: Diopatra, Tube-Dwelling Worm. View the video. 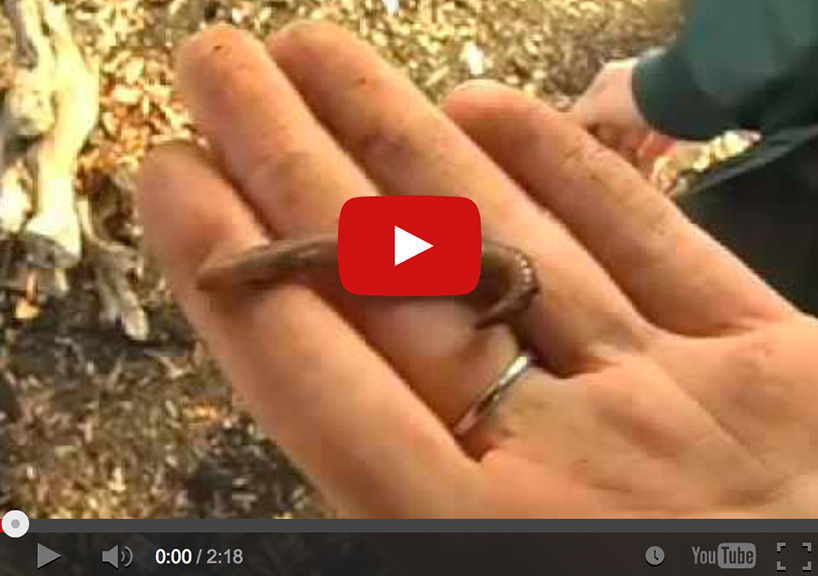 A video about earthworms 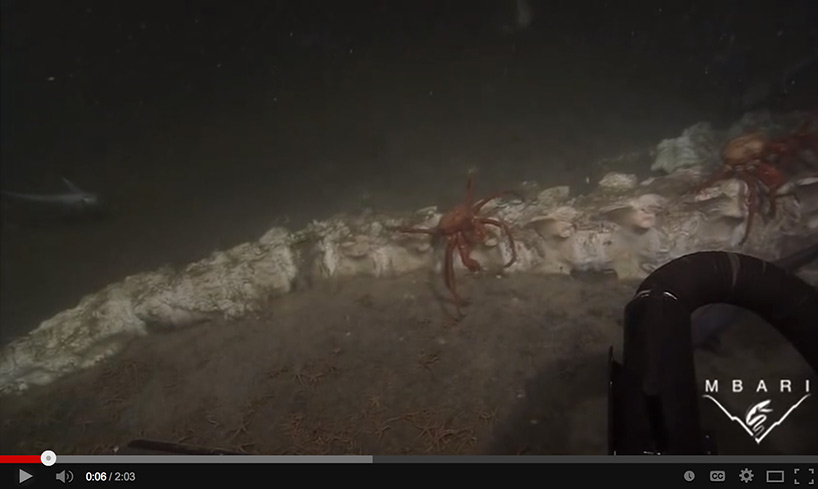 Bone worms, as their name suggests, live on bones of dead animals in the ocean like these living on a gray whale at the bottom of the ocean.
Watch the video from MBARI: Boneworms on Dead Whales in Monterey Bay. 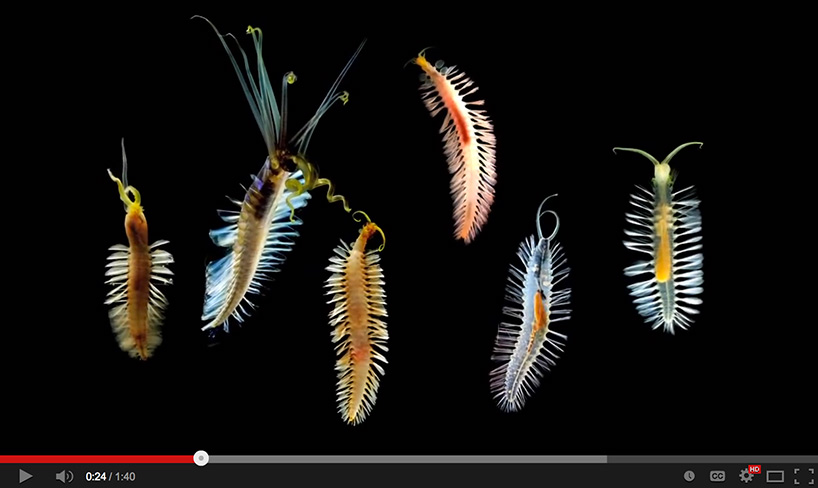 Green bomber worms live in the midwater of the deep ocean. They have evolved a defense mechanism to fool predators: they release bioluminescent body parts to distract and then they swim away. From the Science Channel: Green Bomber Worms. 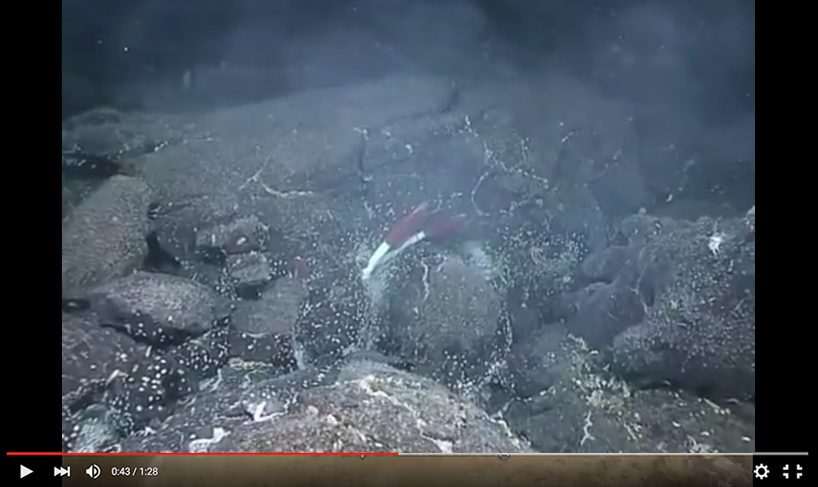 ANATOMY OF A BONE-EAITNG WORM 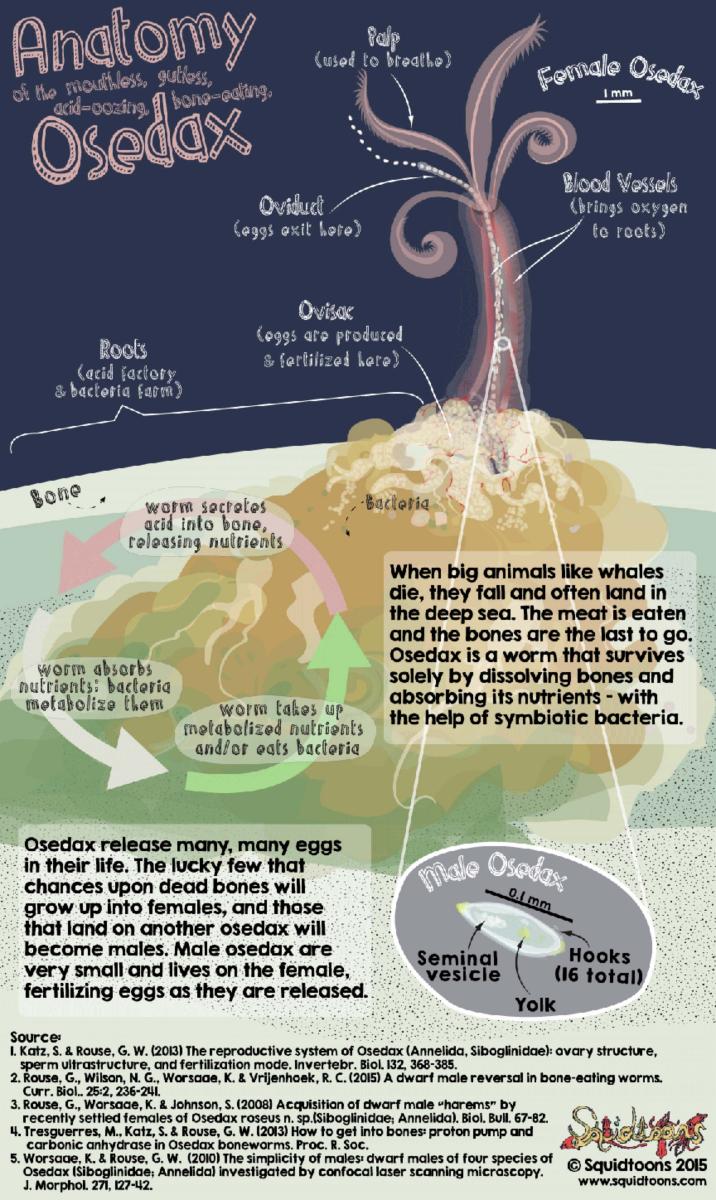 THE NEXT SEGMENT An Explosion of Life

From Biology4kids.com: Annelids - Worms with Segments.

From BioMedia Associates: Branches on the Tree of Life: Annelids.

General information about annelids - scroll down to page 10.

Annelids owe their evolutionary success to segmentation. Arthropods and Vertebrates also have segmented bodies. Scientists have discovered what they think is the common origin of segmentation in annelids and arthropods. Read the Science Daily article: Segmentation is the secret behind diversity.

From Reef Biosearch: Read about worms on the Great Barrier Reef.

Read about polychaete worms from the Australian Museum.

From Smithsonian Marine Station at Fort Pierce: Read about and see photographs of a mudflat worm.

Read about worms on the Great Barrier Reef.

Read about polychaete worms from the Australian Museum.

Read about and see photographs of a mudflat worm. 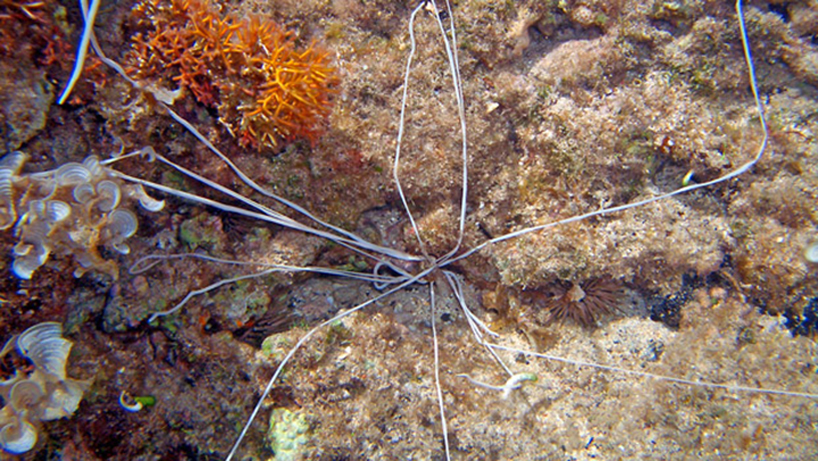 From the Waikīkī Aquarium: All about spaghetti worms. 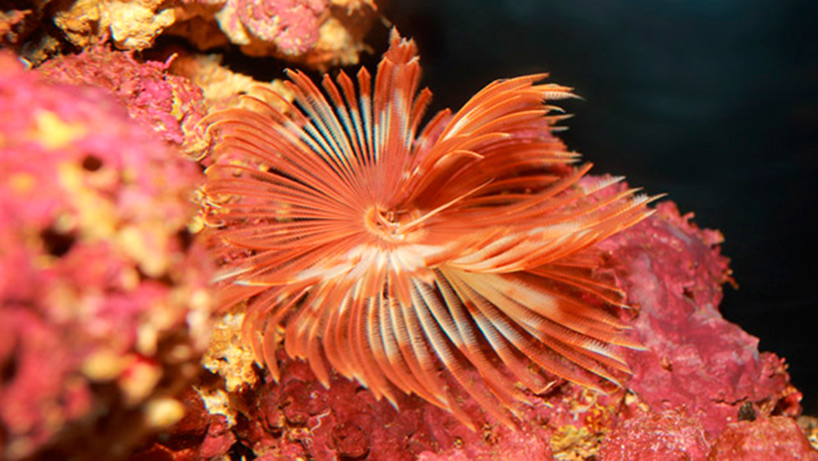 From the Waikīkī Aquarium: All about featherduster worms.

About the discovery of new species of bone worms by the Monterey Bay Aquarium Research Institute (MBARI): A Motley Collection of Boneworms.

When lugworms dig their burrows, they cause a lot of bioturbation. From A Snail Odyssey website: Learn About Lugworms and Relatives.

Bioturbation is the disturbance of soil or sediment by living things. Eating and excreting sediment, as earthworms do, causes biorturbation. The worms are providing a service to the ecosystem by loosing sediment and helping with the penetration of air and water - some call it ecosystem engineering. Reading from Science Direct: Bioturbation: a Fresh Look at Darwin’s Last Idea. Also, find a free downloadable poster at Nereis Park Education network. You must first read and agree to their terms before downloading.

Earthworms are the masters of ecosystem engineering and benefit the ecosystems, and humans in many ways. Read Earthworms’ Role in the Ecosystem from Science Learning.

Not all earthworms are good for the soil in forests—it depends. The earthworms in most states north of Pennsylvania are invasive species brought by Europeans. They may be good for garden soil, but they’re not good for forests that evolved with other organisms that play the same role. Read more at Smithsonian Environmental Research Center: Earthworm Invaders.

Earthworms are generally good for gardens and agriculture because they “turn” the soil, let more air and water flow through the soil and leave behind organic matter. More at University of Illinois Extension: Can't Live Without Me.

Invasive earthworms, known as “jumping worms” are damaging ecosystems in this country. Unlike other earthworms, these earthworms live and feed near the surface of soil. In forests they quickly consume all of the leaf litter and change the upper soil with their castings. This has repercussions for everything in the ecosystem from insects to birds and plants. Read about the research on of our Featured Scientist, Damhnait McHugh is doing on those crazy jumping worms.

Leeches have played a role in medicine for thousands of years. They fell out of favor, but are still used in some specialized surgery where blood flow is needed. Read more from Nature: Leech Therapy.

Many worms live in the midwater—between surface waters and the sea floor. Their bodies are mainly transparent with colorful tips or guts. Most have some kind of bioluminescence like Tomopterid worms that have a yellow bioluminescence. View more photos. 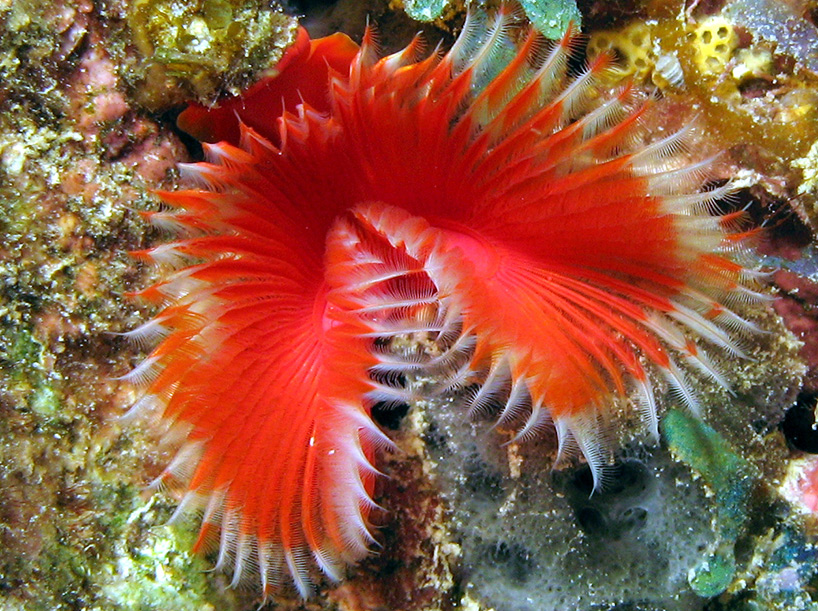 Body of an annelid