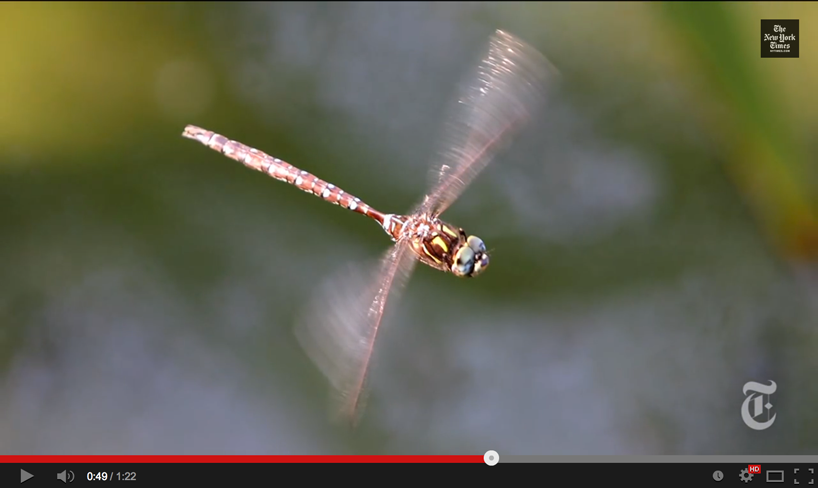 Dragonflies are formidable hunters because of their flying abilities, huge eyes and complex nervous systems. Read more about dragonflies in the article "Nature’s Drone, Pretty and Deadly". 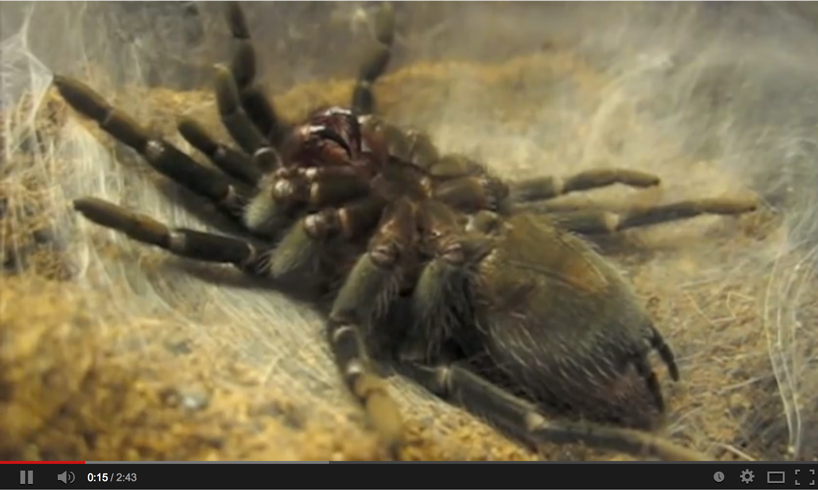 Arthropods grow in a very different way than you and I do: they shed their exoskeletons to grow. For crabs, that means shedding their shells and growing a new one, a process called molting. Watch some arthropods molting:

Bombardier beetles live up to their name. They defend themselves by shooting boiling hot fluids at their attackers. An African bombardier beetle, Stenaptinus insignis, can aim its spray in virtually any direction. It can target its individual legs, and even the individual segments of its legs. It can even aim at its back. It’s the heart-shaped combustor combined with a long, narrow tube that ejects the hot liquid that makes the beetle’s weapon so effective. And when a beetle shoots the fluid, there is a cracking sound. This video shows scientists provoking the reaction in real time and slow motions. Also, you can look at diagram of the bombardier beetle’s defense system. 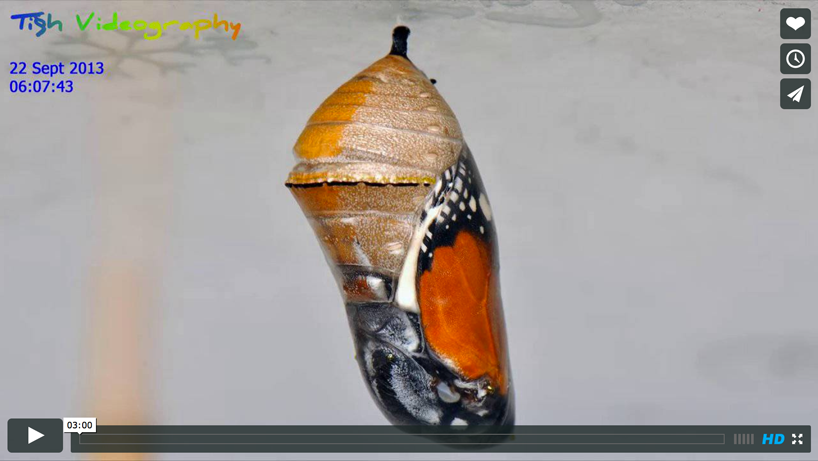 Monarch butterflies are the most recognizable butterflies. They, like other butterflies have two life forms: caterpillar and butterfly. This series of videos shows the transformation from caterpillar to chrysalis to butterfly of a relative of the monarch we know in the U.S. 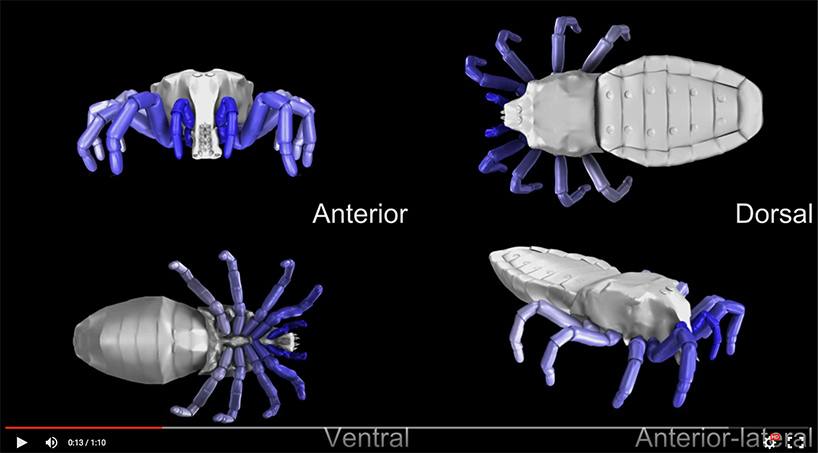 One of the earliest predators on land was the ancestor of spiders. Watch this video of a model of a fossil spider walking. And read more about the fossil.

From Understanding Evolution - your one stop source for information about evolution: Read about the evolutionary history of arthropods.

Arthropods have segmented bodies, a key to their success

A diagram of a bombardier beetle’s defense system

Most insects undergo a change in body form from larva to adult. Perhaps the best-known example is that of a caterpillar to a butterfly. Metamorphosis isn’t the same in all insects.

Insects are loaded with biologically active compounds that they use for defense and for breaking down food. Scientists have been “bio-prospecting” them, just as they have been with marine animals. So far, they have identified molecules that kill cancer cells, proteins that prevent blood from clotting, enzymes that degrade pesticides, proteins that glow in the dark, and antimicrobial agents. Read more and watch the video about research.

Read more about bee pollination and Colony Collapse Disorder, a disease that is devastating bee populations.

Read about the role that bees play in ecosystems as pollinators

And read that wild, native bees, not just honey bees, are critical as pollinators

Bees aren’t the only insect pollinators: butterflies are also pollinators

Millipedes are nature’s decomposers. They eat decaying plants—bark and leaves—shredding them with powerful jaws. The smaller decomposers can then break down the detritus further, returning nutrients to the soil.

Many researchers have been trying to create a human-made spider silk, which is five times stronger than steel and more elastic than rubber bands. Read this 2015 article about artificial silk.

From Johns Hopkins Universtiy, read about the amazing jumping abilities of crickets and how that might influence robot design in the article: "Tiny Dancers: Can Ballet Bugs Help Us Build Better Robots?"

Dragonflies and damselflies are ancient insects that have been around since before the age of the dinosaurs. Some Odonata (the order that dragonflies belong to) fossils from the Carboniferous (359 to 299 million years ago) period had wingspans of over a meter. These insects were the size of modern seagulls. Scientists wondered how why they got so large. There were higher levels of oxygen at the time and the researchers concluded that the larval dragonflies, which live in freshwater, grew larger to avoid oxygen poisoning.