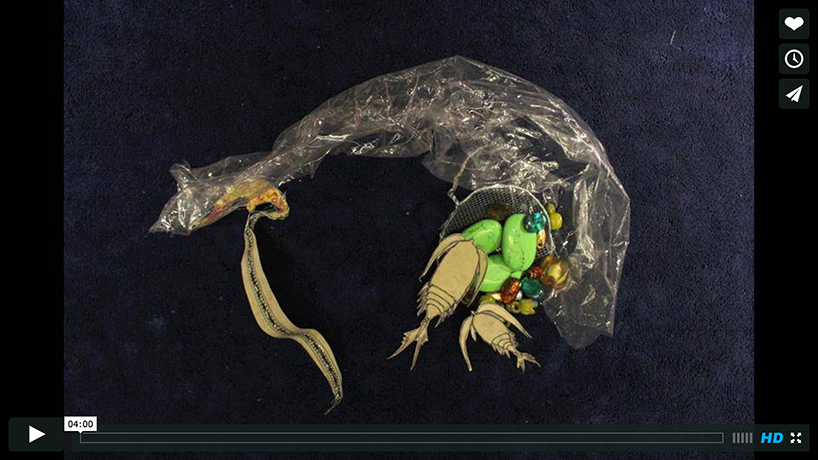 This puzzle and its solution explained in animation 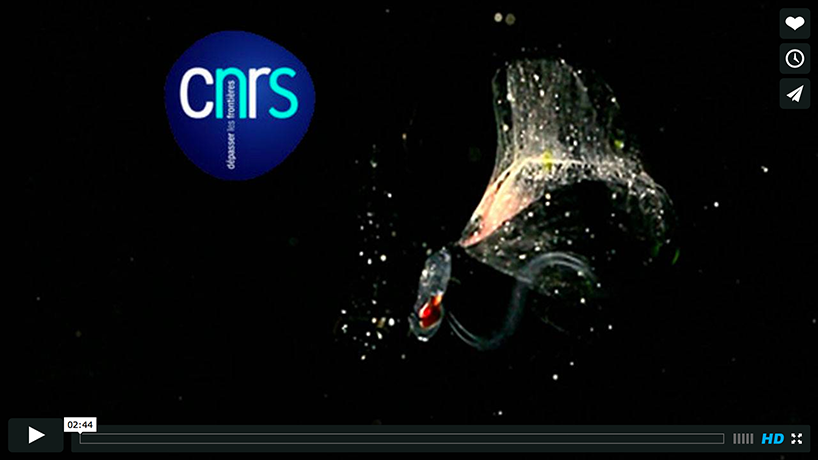 Scientists at the Monterey Bay Aquarium Research Institute used lasers to reveal the currents created inside the inner house of a larvacean:  http://www.mbari.org/lasers-shed-light-on-the-inner-workings-of-the-giant-larvacean 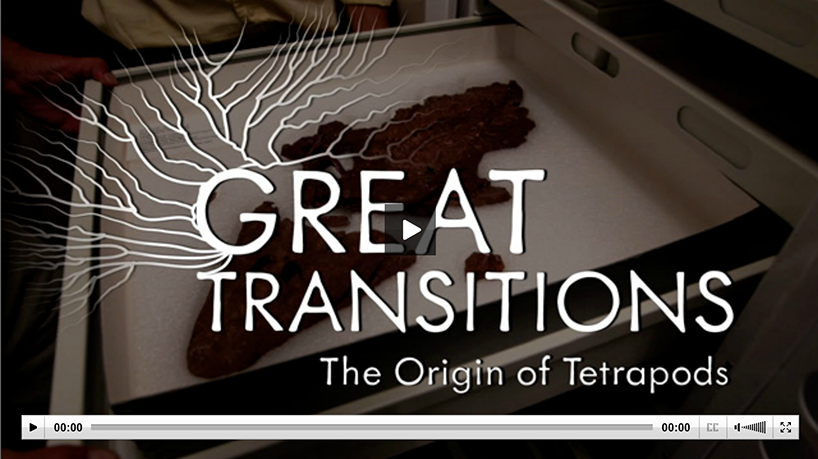 In the Canadian arctic paleontologists discover a fossil with structures that fish have as well as structures that land animals have. The fossil provides major clues to how tetrapods evolved from fish. This video also includes a good description of how fossils are formed. 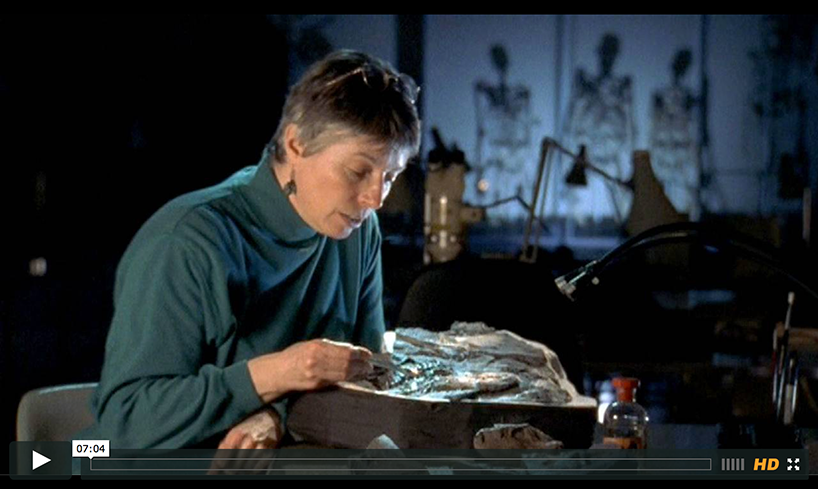 Watch Shape of Life: Scientist: Jenny Clack, Paleontologist: The First Vertebrate Walks on Land about another fossil of a transitional animal. And try the interactive learning module.

ANATOMY OF A SWELL SHARK 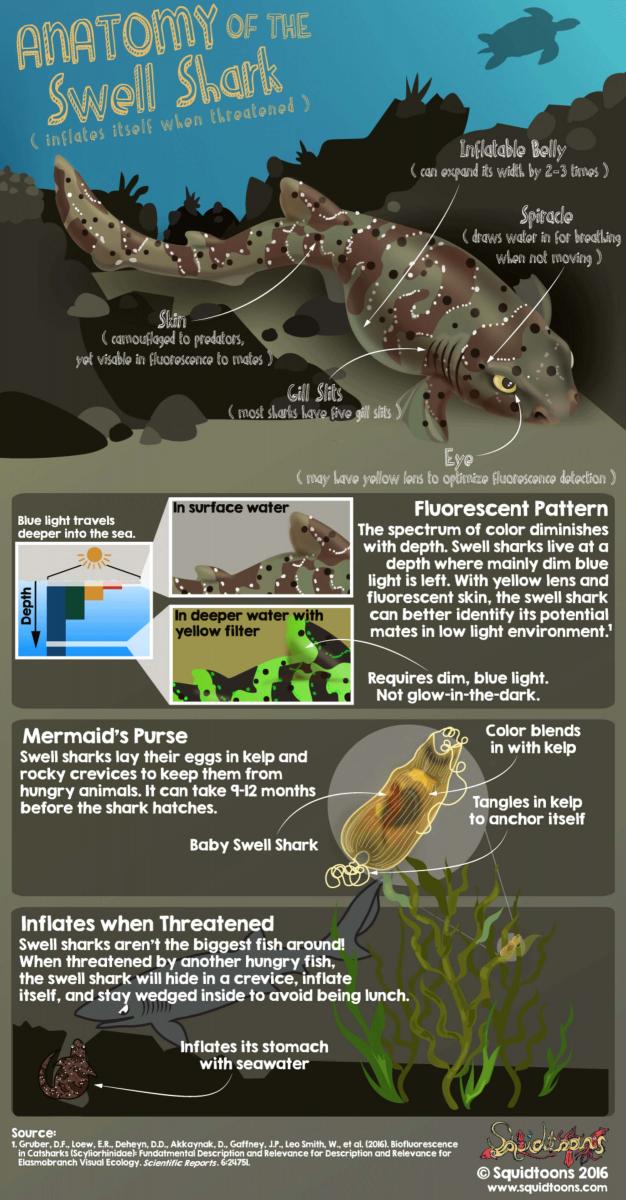 ANATOMY OF A NARWHAL 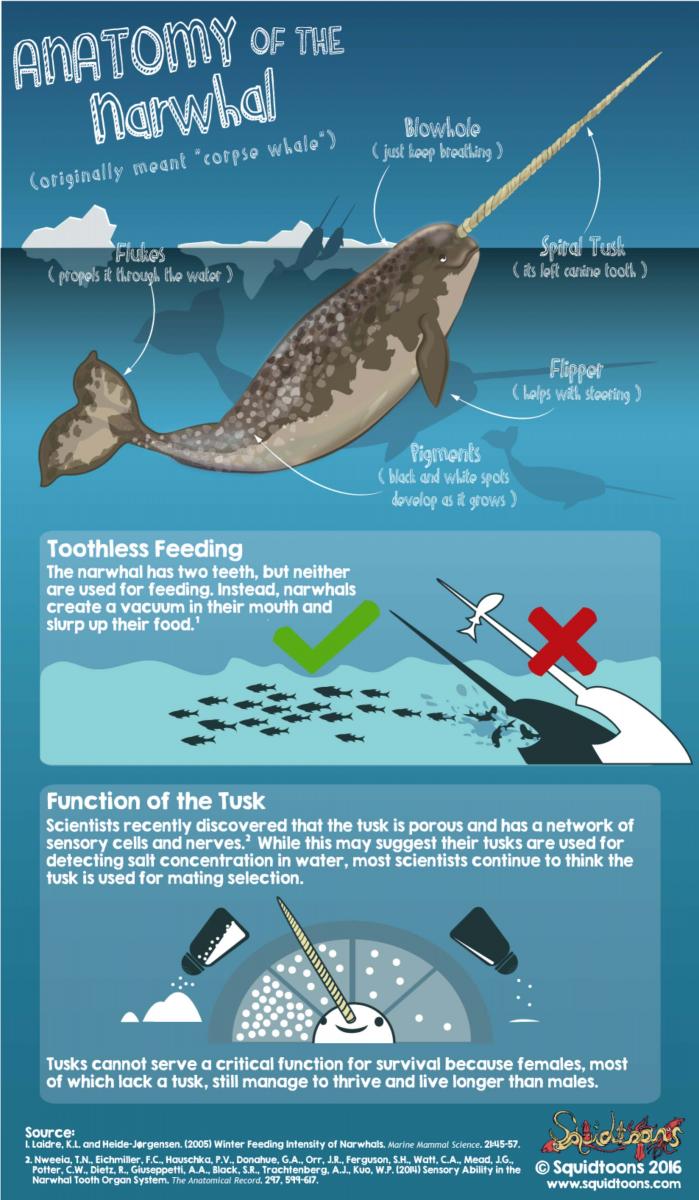 ANATOMY OF A GREEN SEA TURTLE 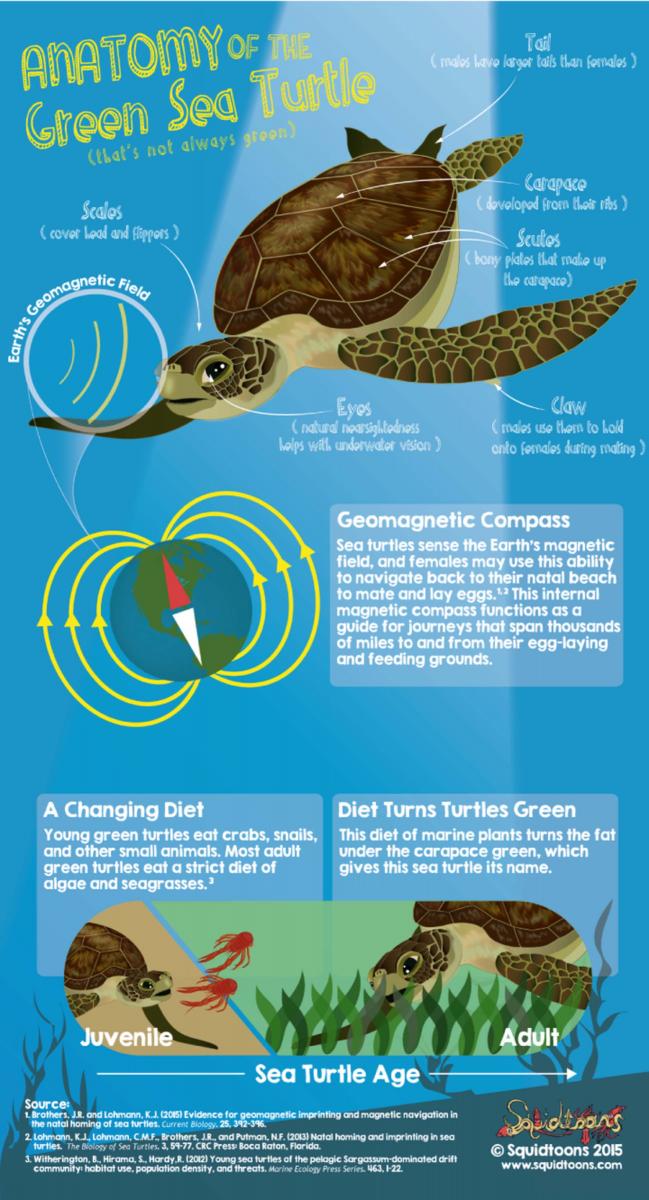 ANATOMY OF A COHO SALMON

ANATOMY OF A MANTA RAY

Read the chapter on chordates from the Shape of Life Book

All about chordates and, in detail, about the subphylum vertebrates: Phylum Chordata.

Read about vertebrate characteristics and what distinguishes them from invertebrate chordates.

Can Salps Save Our Planet?

Getting Hooked On Saving Albatross

REPTILES
Snakes and other reptiles play an important role in the food webs of the places where they live. They are mid-level predators that feed on many small animals – rodents, birds and insects. And they are prey to larger predators that are higher in the food web. Without reptiles the number of their prey species would increase and their predators would have less food.

Lizards play several roles in ecosystems, depending on the species and ecosystem. Some lizards are top predators: the ones with a big head, long teeth, and powerful jaws. Other types of lizards are herbivorous.

Read about how reptiles play an important role in ecosystems as important components of the food web.

AMPHIBIANS
Amphibians play many roles in the ecosystems where they are found. And since so many species are in trouble, you might ask what would it matter if we lost amphibian species. Read here "The Importance of Amphibians" from the Wandering Herpetoligist.

Amphibians are what ecologists call “indicator species”: they often show the first signs of distress or decline if an ecosystem is in trouble. Read this article written from the point-of-view of a frog.

FISH
Scientists estimate that there may be as many as 20,000 species of fish in the ocean (they’re still counting). On coral reefs there are thousands of species. “The diversity of fish found on reefs is overwhelming. These range from large predators – like sharks, grouper, and barracuda – that prey on other fish, to small and colorful fish – like clownfish or mandarinfish – that eat plankton. Along with their respective roles in the marine food web, many of these fish serve other important roles in our oceans. For example, herbivores like surgeonfish and parrotfish keep seaweed-like algae from taking over coral reefs. Cleaning wrasse help keep larger fish healthy by removing parasites and dead skin – sometimes from inside the larger fish’s mouth! In addition to their ecological value in the oceans, more than one billion people around the world rely on reef fish as a source of food and income.” Read more about coral reef fish

Parrotfish are key players in the health of coral reefs. They munch on algae, keeping coral free of it; and they are sand producers. Read the Science Daily article "Parrotfish are critical to coral reef island building".

Salmon spend part of their lives in freshwater, part in the ocean. When they return from the ocean, and spawn and die in their home streams, they bring ocean nutrients to the forest feeding trees and forest animals. From the BBC: "How salmon help keep a huge rainforest thriving".

A new study suggests that fish first swam in the shallows around the coasts of supercontinents before they diversified and conquered the world’s waters. More than 400 million years ago, ancient oceans were teeming with many fish that might seem alien in today’s seas. From the New York Times: "Where Did Fish First Evolve? The Answer May Be Shallow"

BIRDS
There are many different kinds of birds living in a wide variety of ecosystems. Birds play many roles in ecosystems as predators, prey, and control insects. They are pollinators and seed dispersers, and scavengers. Read more: Ecological roles of birds and Birds’ role in ecosystems.

Unfortunately, bird populations have been on the decline due to human activities. Here are quotes about why birds matter from the Audobon magazine.

MAMMALS
Bats are mammals that play a big role in ecosystems by eating insects and pollinating plants. Read about the many roles that bats play in ecosystems.

Whale populations are recovering and, as they do, scientists are discovering the role they play in ecosystems. From the University of Vermont: "Whales as Ecosystem Engineers".

When a whale dies and its carcass sinks to the bottom, it becomes a source of food where it is generally scarce. From the Monterey Bay Aquarium Research Institute: "Whale falls—islands of abundance and diversity in the deep sea".

Pelagic tunicates are gelatinous chordates that live in the midwater zone of the ocean. There are few different kinds including salps, doliolids and pyrosomes.
Reading: More about pelagic tunicates

Larvaceans are tunicates that live in the deep sea water column. These small animals build mucus nets that they live inside and that trap tiny bits of detritus and animal parts—called marine snow—drifting down to the bottom of the ocean. Scientists from the Monterey Bay Aquarium Research Institute estimated the amount of food and its carbon content brought to the sea floor by the abandoned larvacean houses. It was a good amount and provided the answer to a puzzle: taking marine snow samples from the ocean didn’t add up to enough to feed life on the bottom.

Salps, a gelatinous tunicate, play a major role in the ecosystem of the deep sea. One of the reasons is the sheer number of them. Read more in an article from Woods Hole Oceanographic Institution: Jellyfish-Like Creatures May Play Major Role in Fate of Carbon Dioxide in the Ocean.

Reading: The lizard evolution is explored in the Lizard Evolution Virtual Lab. It’s all about the evolution of the anole lizards in the Caribbean.

Jaws, the Early Years. A newly discovered fish fossil is challenging what we know about the evolution of jaws. The 420-million-year-old fossil, found by scientists in Yunnan, China, appears to have the kind of bony jaw associated with modern fish. This suggests that jaws as we now know them may have evolved much earlier than previously thought. A Little Fish, With Jaws to Come.

drawing of a bilateral tiger