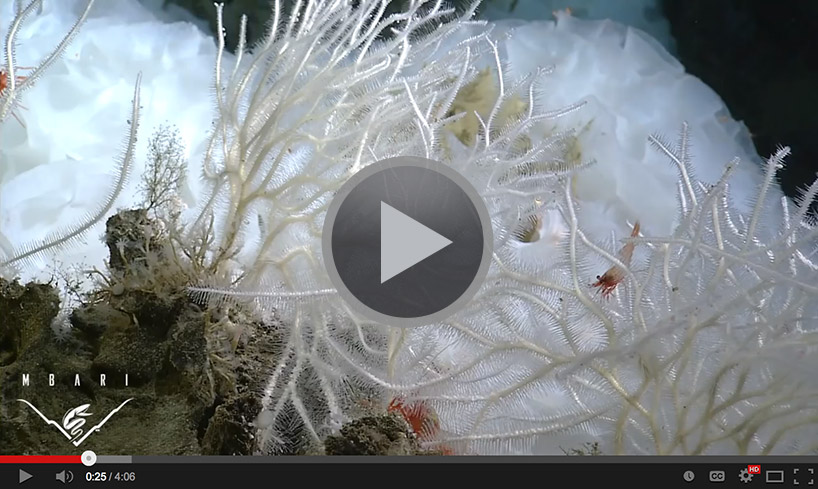 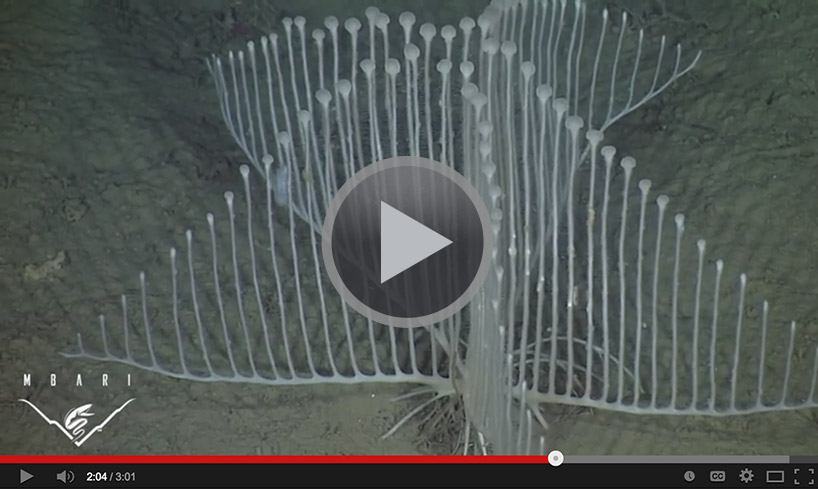 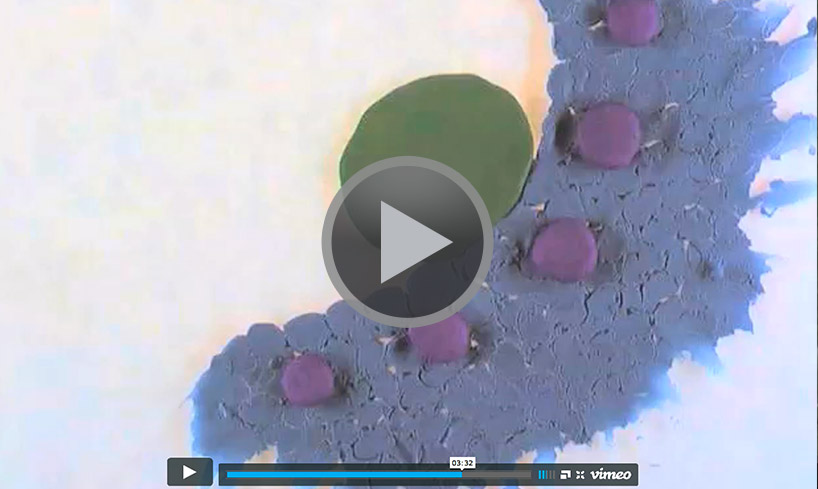 CreatureCast - The Unexpected World of Biology: This video illustrates in animation how multicelluarity works - Multicellularity. 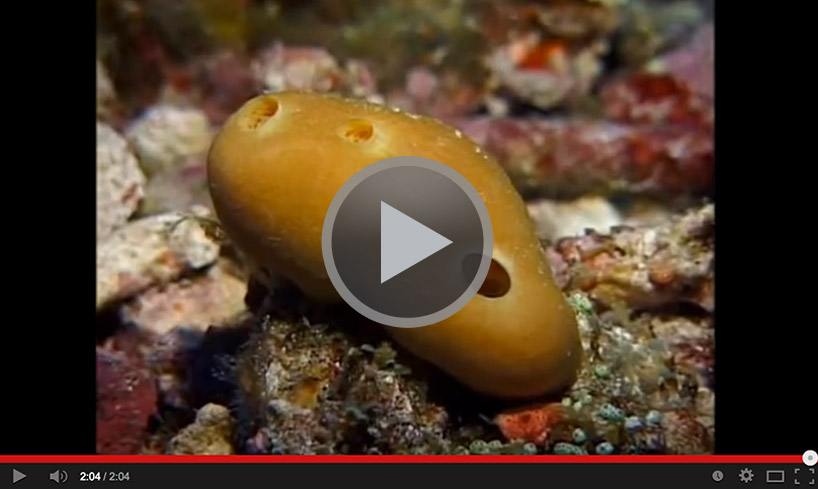 Extract from the BBC 's "First Life" Documentary: Sponge Reaggregation". Sponge cells can recombine after being separated into separate cells. 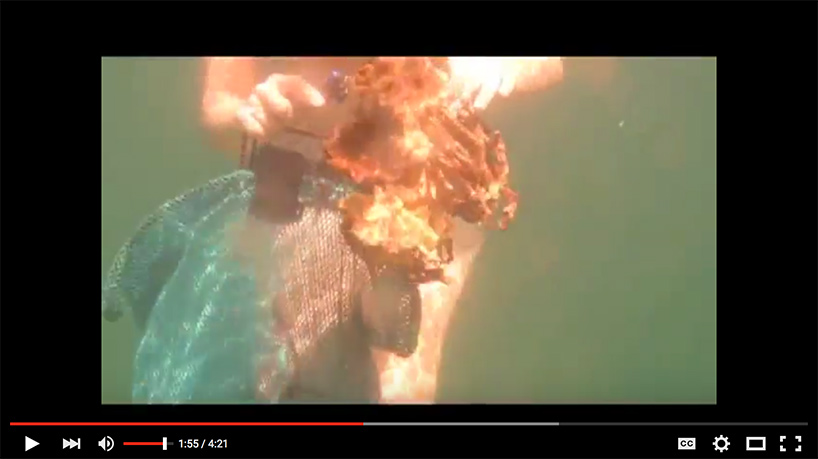 Some sponges are adapting to a warming ocean much better than corals on coral reefs.

Were sponges the first animal?

Description of sponges with illustrations: Sponges - The Simplest Animals.

All about sponges: Ocean Animals - Sponges from the Missouri Botanical Garden.

Sponges have a very complex microbiome—a community of microorganisms—and each species has a very distinct set of microorganisms: Different Sponge Species Have Highly Specific and Stable Microbiomes from The Marine Biological Laboratory.

The complete analysis of a sponges (2010) shows that it has “same core building blocks for multicellular form and function that still sits at the heart of all living animals, including humans: Read more in the Berkeley News.

New York Times article - Researchers think that sponges helped oxygenate the deep ocean: This story is about “the first animals bootstrapping the environment into one where more complex animals could evolve. Read “Take a breath and thank a sponge".

Science Daily article "Scientists have found that some sponges can live and thrive on little oxygen".

Science News article - Read how sponges are taking over some coral reefs in the Caribbean (2015). Giant barrel sponges are hijacking Florida’s coral reefs.

Read About Sponges on Caribbean reefs: Sponges play a key role in the cycling of carbon and nitrogen on coral reefs

“Sponges have always been an important component of Caribbean coral reef communities, but they have become increasingly dominant as reef-building corals have declined because of stressors associated with climate change, disease, and pollution. Read about this change on reefs.

From the University of Michigan Museum of Zoology: Giant barrel sponges play an important role in coral reef ecosystems because they filter large quantity of water and provide habitat for other organisms. Read about one species giant barrel sponge.

Sponges harbor a large community of bacteria. These bacteria capture phosphorus, a key nutrient, in the water and turn it into a form that is available for the coral reef community. Read about how the bacteria in sponges contribute to the reef community.

Read about deep sea sponges and corals and the role they play in deep sea ecosystems in this article: "NOAA Deep Sea Sponges and Corals".

Sponges in the Ross Sea in the Antarctic play a key role in the ecosystem. Read the article here.

Sponges can’t move away from predators and they must compete for space in dense communities like coral reefs. So sponges have evolved an arsenal of chemicals for defense. Pharmaceuticals from natural products often are derived from these kind of defensive chemicals. So scientists have tested many compounds in sponges and several drugs have been developed with more being tested. Read more from Science Daily: "Bacteria From Sponges Make New Pharmaceuticals".

Researchers have tested compounds in sponges for medicines, called bioprospecting, and have found many useful compounds including antiviral drugs, like AZT used to fight HIV-AIDS, and the anticancer agents, were developed from extracts of sponges. Other compounds are being tested for anti-inflammatory and anti-bacterial drugs. Read more on the NOAA website: "Coral Reef Conservation Program".

Half of the body of sponges is made of bacteria. The relationship between sponges and bacteria may be very old. Scientists are conducting research on some of these bacteria to see what useful pharmaceuticals might be derived from the bacteria.

Read about a scientist who “bio-prospects” for medicines from sponges in the Ocean Portal article: Five Questions for Shirley Pomponi, Medical Sponge Hunter.

From NPR "All Things Considered" - listen to story and read the article "Deep Sea Sponges Are Master Builders in Glass" that accompanies the story.

These sponges may benefit from increasing ocean acidification. Boring sponges – “boring” means excavating – break down and recycle the calcium carbonate of the reefs. These sponges play a key role in that recycling. And with increasing ocean acidification the calcium carbonate on the reef will be easier for the barrel sponge to excavate. From The Smithsonian Ocean Portal: "Ocean Acidification Excites Boring Sponges".

Dye being injected in sponge