Is the Blob Back? Warming Ocean Along the West Coast 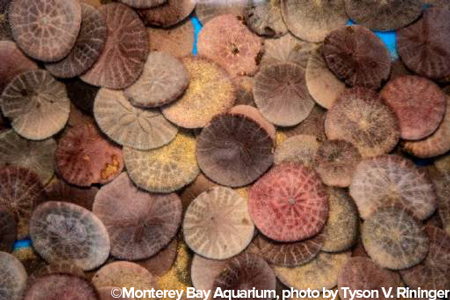 At the annual meeting of the Association of Zoos and Aquariums we had an interesting conversation with the Director of Veterinary Services and Director of Applied Water Science at the Monterey Bay Aquarium. The Vet, Dr. Mike Murray, told us he had an unusual medical case, not the usual bird, sea otter or fish, but sick sand dollars. Dr. Mike loves invertebrates (as we do) and wanted to find out what was ailing the animals. Pathology revealed no bacteria or viral infections. So, he turned to Kasie Regnier, in charge of water quality science at the aquarium.

Since the aquarium gets their water straight from the Monterey Bay, Kasie’s department conducts environmental water quality testing, When Dr. Mike came to her with the question about what could be ailing the sand dollars, Kasie looked at the water quality data. The only unusual thing the water testing showed was that the incoming water temperatures from Monterey Bay were consistently higher over the last year than the previous few years, showing higher monthly mean and maximum temperatures in late 2018 through 2019 than in 2016 and 2017. Here is public temperature data and also here. 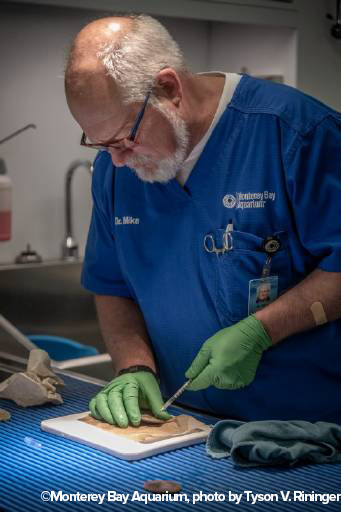 Aquarium scientists and staff are starting to wonder if there might be a return of “The Blob” – a huge pool of unusually warm water – that appeared off the west coast in 2014-2015. That ocean heat wave disrupted ecosystems and fisheries: killing salmon and sea birds; starving young sea lions; causing toxic algae blooms; forcing humpback whales close to shore to feed. Ocean temperatures now, in September 2019, “off California and other parts of the West Coast are at least 5 degrees Fahrenheit warmer than normal now than normal in many places”. NOAA reported record warm sea surface temperatures beginning in March, 2019.

Perhaps the sand dollars are heat stressed. Numerous scientific studies have found that increased water temperatures affects echinoderms’ immune systems, growth, development, and behavior. So, though the Aquarium is still working hard to figure out the full sand dollar diagnosis, it may not be surprising that the aquarium sand dollars are feeling the heat. 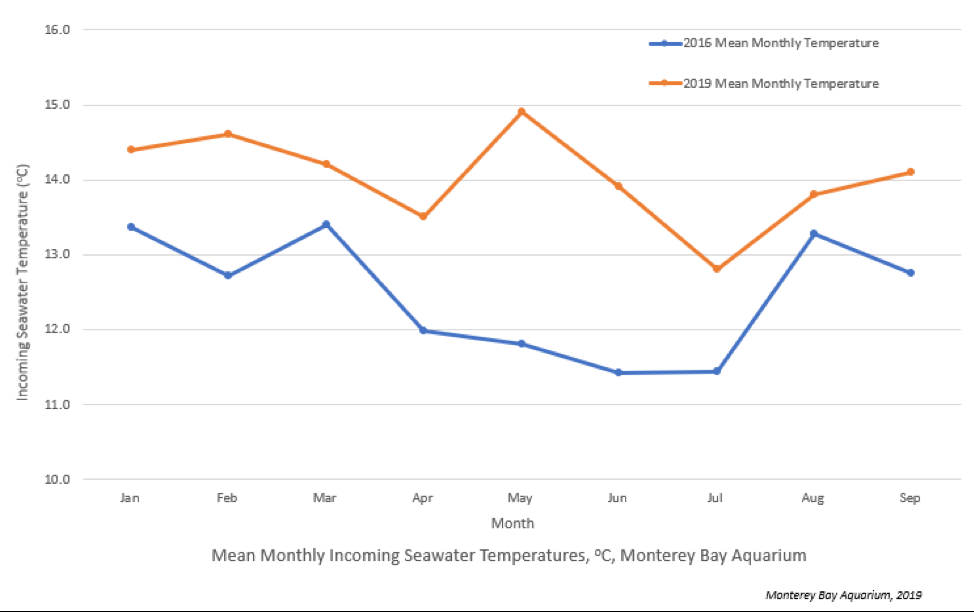 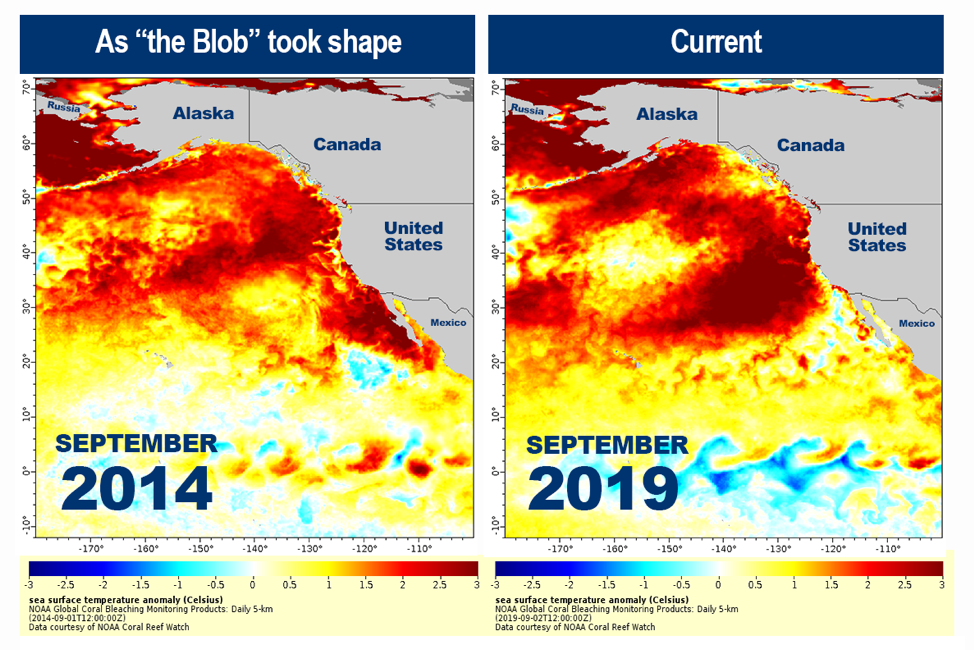