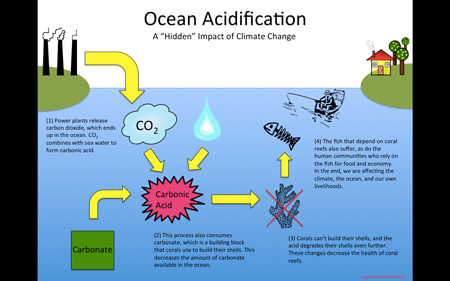 We’ve all heard that coral reefs are under threat from climate change. We’ve seen the devastating photos of coral bleaching: rising ocean temperatures cause these catastrophic events. As if a warming ocean wasn’t enough, the corals are facing another hazard. Over the last 200 years, humans have released about two trillion tons of carbon dioxide into the atmosphere; about of a quarter of that has entered the ocean. All this carbon dioxide is slowly making the ocean more acidic – called ocean acidification.

Ocean acidification is hurting healthy coral reefs. Coral skeletons are made of aragonite, a form of calcium carbonate. When the seawater is acidic, there is less calcium carbonate in it so the corals have a harder time making their skeletons. The skeletons are thinner and less dense, making them more vulnerable to breaking. Ocean acidification also increases the rates of erosion and dissolving. For a coral reef to exist, the corals need to build their skeletons faster than they are being dissolved.

Corals aren’t the only animals feeling the affects of changing ocean chemistry. Some other animals that use calcium carbonate to build shells and skeletons also face challenges. Pteropods, free-swimming sea snails called sea butterflies, are often the dominant zooplankton at the base the food web in arctic and subarctic waters. These sea butterflies may be unable to maintain shells in waters with less available calcium carbonate. Under controlled conditions in the lab, researchers find that pteropods don’t grow perfect shells when they’re in elevated carbon dioxide. Even more alarming, scientists working in the 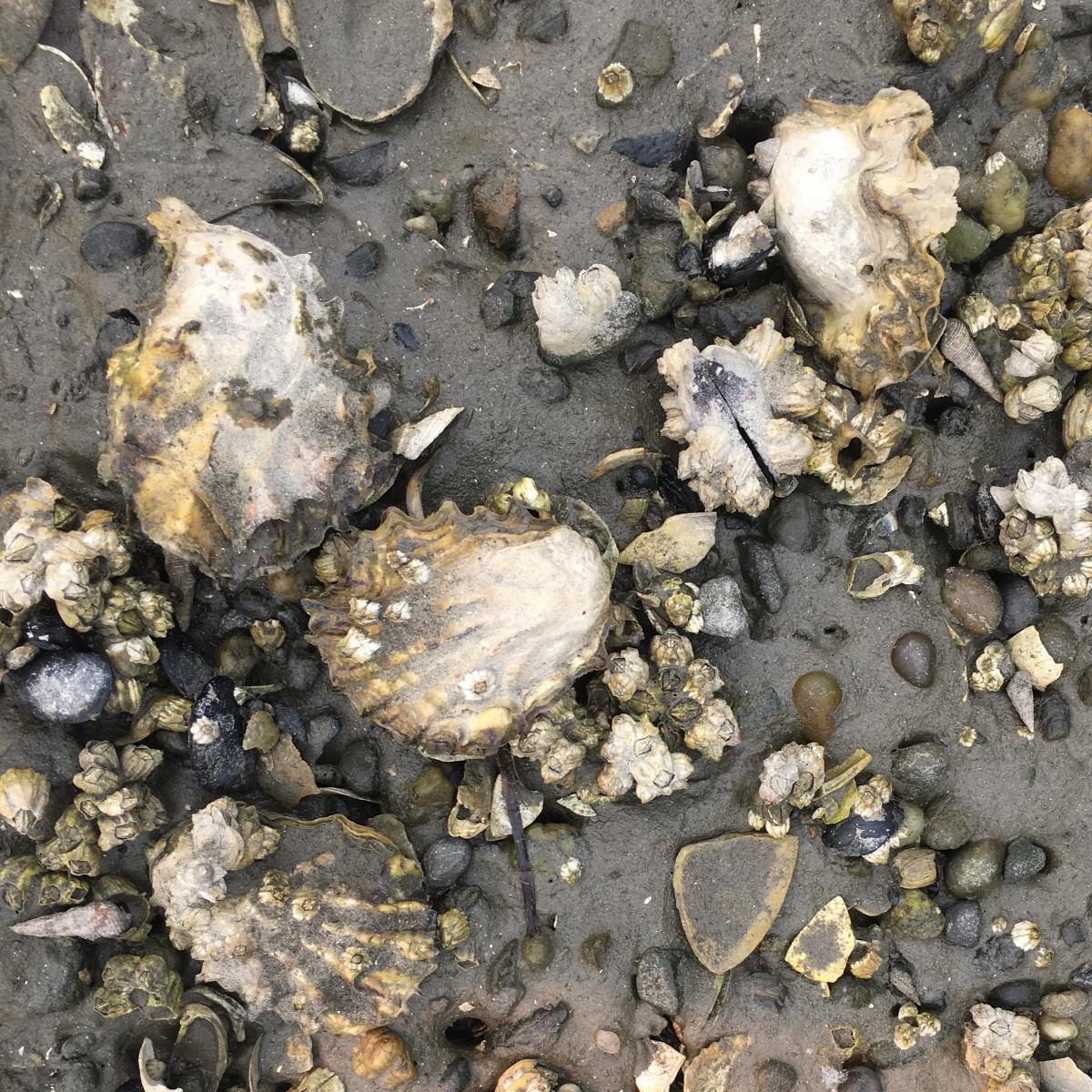 Arctic and Antarctic, and also along the Pacific coast, have found pteropod shells that are pitted and partially dissolved in ocean waters.

Shellfish in our food web are also affected by ocean acidification. Oysters, scallops and other shellfish need calcium carbonate to build their shells. With increasing acidity, the shells are thinner, growth is slower and death rates rise. Oyster farmers in the Pacific Northwest are already seeing problems with shell growth in young oysters.