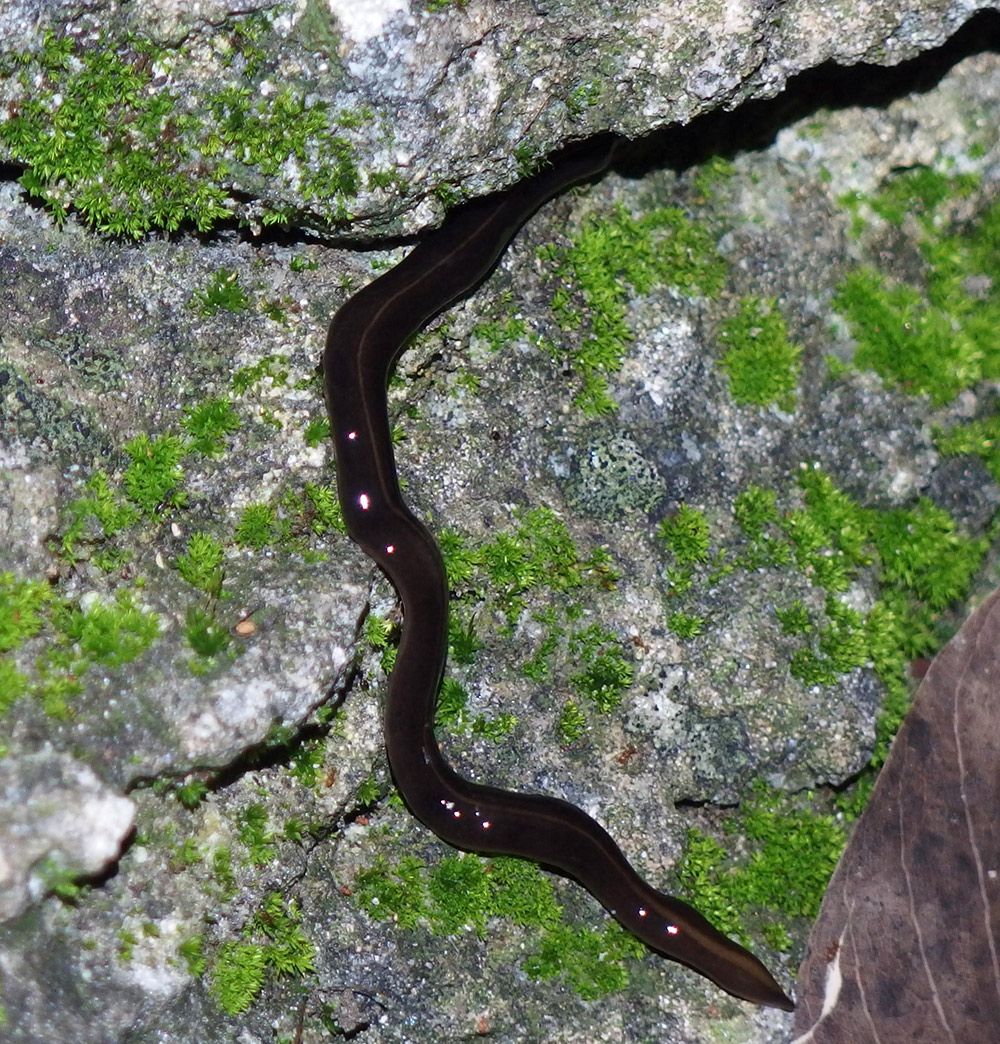 We typically think of flatworms as being pretty easy going. Not this one. The New Guinea flatworm, is a powerful predator that feeds on other worms, snails and a variety of soil-dwelling creatures. Flatworms come in many varieties, sizes and lifestyles. There are over 20,000 identified species both free-living and parasitic.

The New Guinea flatworm, a land planarian, is in the news since it made “The 100 Worst Invasive Species” list by International Union for Conservation of Nature (IUCN). It is spreading to many corners of the world, gobbling up prey as it goes. Now, the two-inch long flatworm has made it to the continental United States. So what’s the problem with having this invasive flatworm on our shores? It likely has no natural predators, which means it could wreak havoc on soil ecosystems rippling up the food chain to animals, like birds, that feed on earthworms and snails.