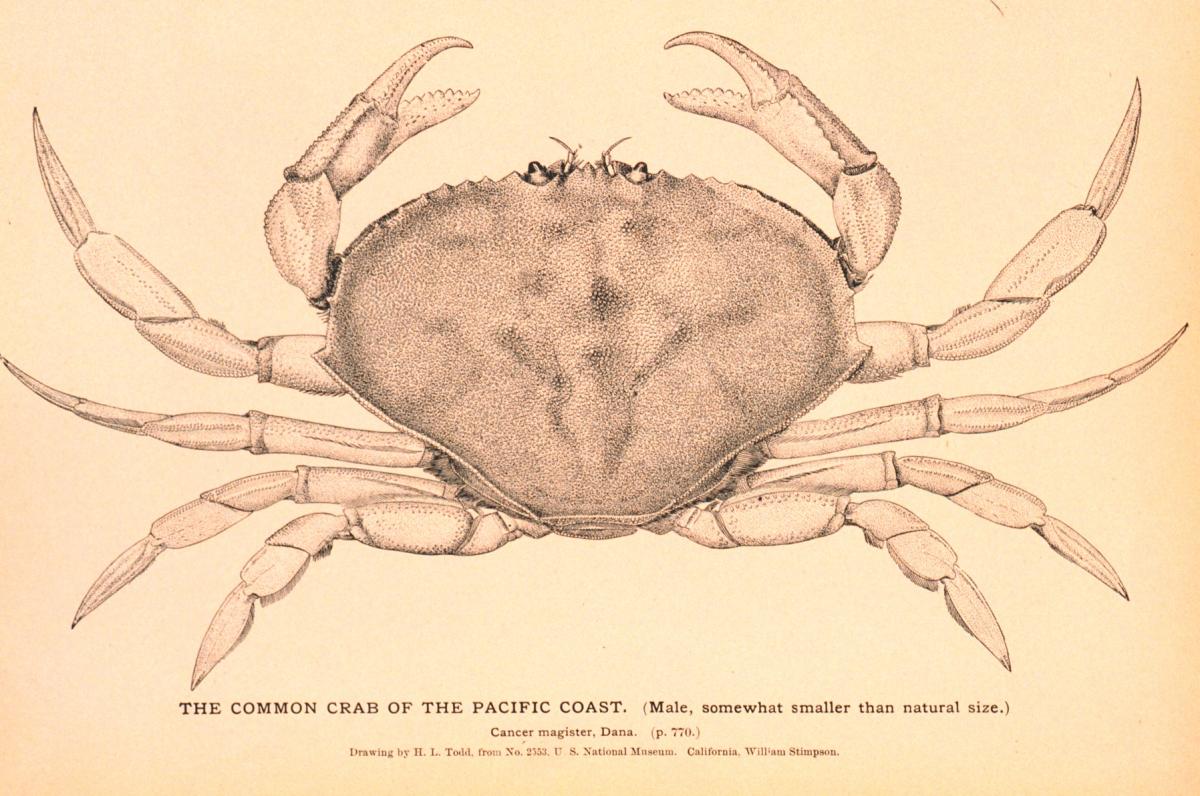 The Dungeness crab fishery off the west coast was closed for several months because the crabs were too toxic to eat. What is going on in the ocean that’s affecting the crabs?

Dungeness crabs don’t thrive if oxygen levels are too low. When surface waters warm, they absorb less oxygen and the oxygen that is absorbed doesn’t go deeper into the ocean. These so-called “dead ‘zones are likely to occur more frequently with climate change warming the ocean.

Crabs range all along the Pacific coast where they play an important role in the food web. Salmon, rockfish, sardines, and other fish all feed on crab larvae. The crabs feed on small fish, clams, mussels, shrimp and other crustaceans. Harbor seals, sea lions and humans eat adult crabs.

In 2015, and into the winter of 2016, the crab fishery was closed because the crabs had a high level of a neurotoxin, called demoic acid. A small marine alga, called a diatom, produces this toxin. It accumulates to dangerous levels in shellfish, like crabs. There was a surge in the numbers of this diatom, called an algae bloom, which was one of the largest and longest-lasting blooms ever recorded. The algae bloom mixed with what scientists are calling "a blob" of unusually warm El Niño waters, creating the perfect conditions for domoic acid to spread throughout the West Coast.

With climate change occurring now, ocean temperatures are increasing and predicted to increase even more over time. The warm water, low oxygen levels and toxic algal blooms we are seeing right now off the Pacific coast will only increase with increasing climate change.

Read more about toxic algal bloom that affected the crabs.