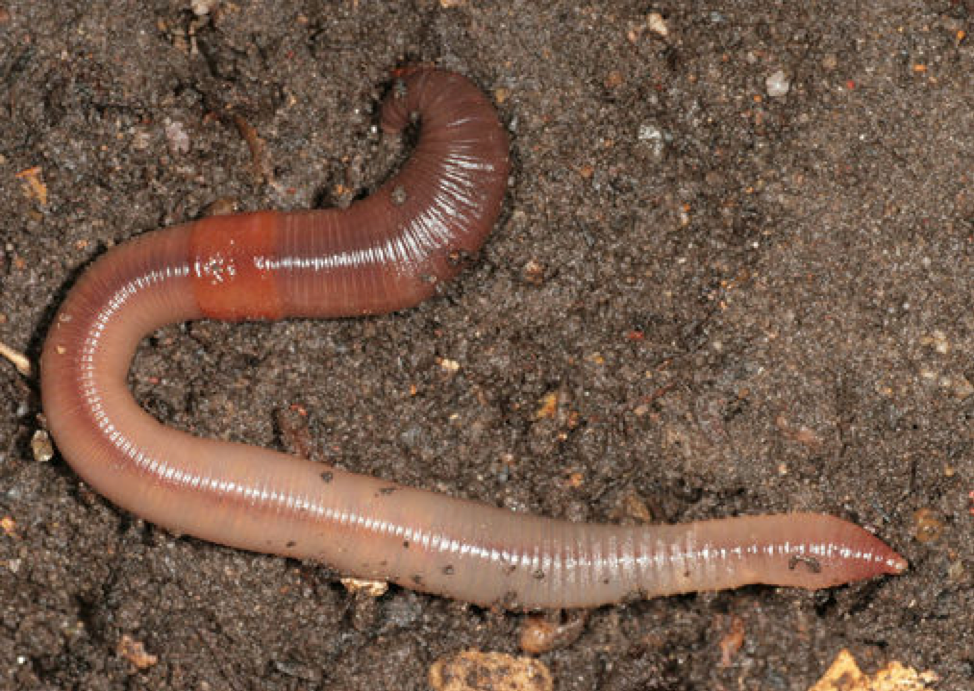 From our backyards to tropical rainforests, earthworms “accelerate organic matter decomposition by ingesting more than 30 times their own weight in soil per day.” They are truly soil engineers. as we’ve written in our SOL book chapter on annelids, “If all the material moved through earthworms alone was piled up on the surface of the globe, the heap would rise thirty miles, more than five times the height of Mt. Everest.”

There are about 7,000 named species of earthworm worldwide that range in size from about two inches long to one species that can grow to nine feet long. They can be characterized by feeding preferences, where they live in the soil and the architecture of their burrows.

So, next time you’re digging in the garden and find an earthworm remember that these “lowly worms” are ecosystem engineers.

Learn more about the ecosystem services that earthworms provide

Some earthworms are invasive in forests