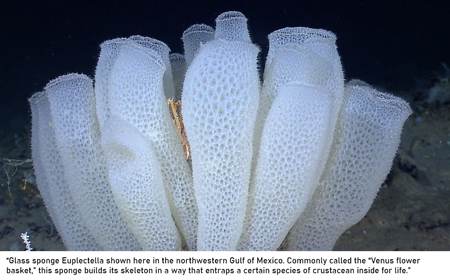 Glass sponges get their name from their spicules built from silica – glass. Sponges don’t have skeletons like ours; instead they have spicules, which are the structural components like bricks. The glass sponge’s design has intrigued engineers who want to understand how they build glass structures of such strength.

Denizens of the deep, glass sponges live attached to muddy bottoms or hard surfaces where they filter their food, mainly plankton and bacteria, from the water. Like other sponges, glass sponges pump and filter tremendous amounts of water per day to feed –about 900 times their body volume every hour. Sponges consume 90-95 percent of the bacteria present in the water.

Take a look at this time-lapse of a glass sponge on the muddy seafloor filmed by MBARI.

The government of British Columbia established a Marine Protected Area to protect the reefs because the reefs are essential habitat to many species of invertebrates and commercially viable fish species like halibut and rockfish. They provide a service to their ecological community that stores carbon while fertilizing the ocean. One glass sponge reef can filter enough water in 60 seconds to fill an Olympic-sized swimming pool. Bottom trawling can increase sediment, slowing or even blocking the sponges’ ability to filter feed and even destroy the reefs.

In Victorian times in Japan there was a tradition of giving dried glass sponges with a male and female shrimp inside as a wish for a long marriage. Fortunately, this is no longer practiced and you should never buy a dried sponge as it encourages collection of live animals. 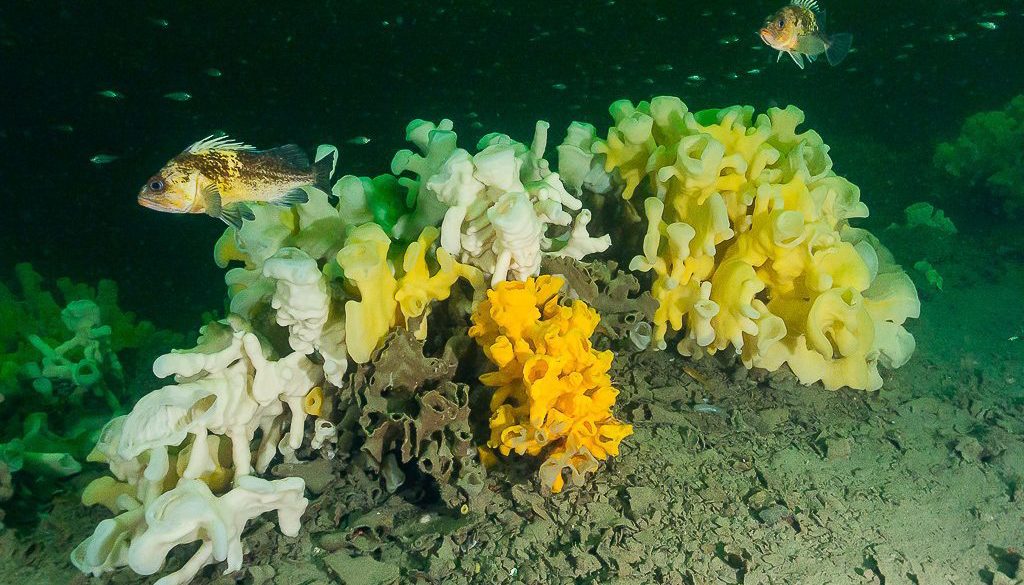