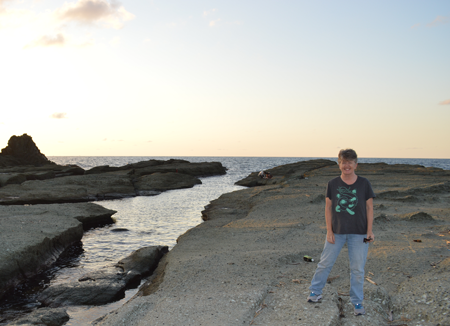 "When I travel to annelid biology conferences around the world, there is usually someone who asks to take a selfie with me so that they can show their students back home that they met the Worm Woman from the Shape of Life Annelid episode!"

It was 20 years ago that we filmed the “worm woman”, Damhnait McHugh, for Shape of Life. Her daughter was four weeks old then and she’s 20 now! We’re so happy to be catching up with Damhnait again.

Love in the Mud

Growing up near the west coast of Ireland, Damhnait was enthralled by the ocean at an early age and became determined to be a marine biologist. As she says, “I took myself very seriously”. In her last year studying zoology in college in Galway, Damhnait did her thesis conducting benthic surveys in the harbor- finding joy in the mud discovering worms, clams and snails, AND her future husband who was exploring molluscs.

A fascination with worms
For graduate school in Victoria, Canada, Damhnait achieved her Master’s thesis on deep-sea hydrothermal vents worms. (Need link to new Featured Creature, hydrothermal vent worms). For her PhD, Damhnait decided to focus on intertidal worms at University of California, Santa Cruz focused on terebellid worms. She says she learned so much during this time from John Pearse, one of our advisors and scientists.

The Drive to Understand Worm Diversity – AND MORE!

How did worms evolve to become so diverse? To find that answer, Damhnait needed to move beyond natural history and learn about annelid evolution. So she worked at the Smithsonian with a polychaete taxonomist and did a Post-Doc in Molecular Biology to give her the tools to build polychaete evolutionary trees. She spent the next 15 years using DNA sequencing to understand how animals diverged in the pre-Cambrian.

Damhnait’s work, like so many scientists’ these days, is related to climate change impacts. For example how far will the invasive worms disperse? While they can’t survive freezing temperatures, as freezing temps shifts north, how much further north will the worms be in 50 years?

Another project (ARMS) Damhnait works on is comparing coral reef diversity across the globe to give researchers a baseline of what’s present now and gauge future diversity on coral reefs due to climate crisis. 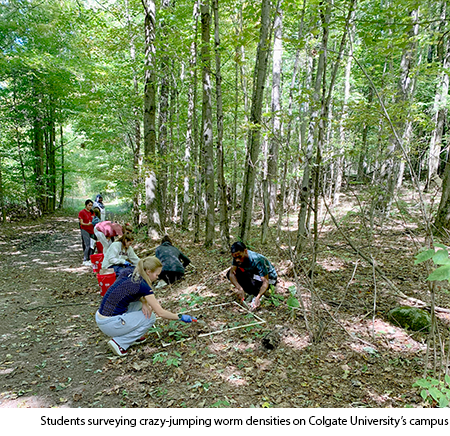 Damhnait teaches at Colgate University where she has developed three new courses about invasive species that students find relevant and applicable. She also teaches marine biology and uses Shape of Life to show how marine animals live. And in her Intro to Biology: Ecology, Evolution and Diversity she uses Shape of life videos to show animal diversity.

What does Damhnait say to students wanting to be scientists?” It’s exciting to realize how much we don’t know and how much there’s left to discover.” If a student is working on animals, the key is “Be an expert in something. As you develop expertise, you bump into questions that interest you. Be open to different techniques and ways of working. Find good collaborators so you can bring in different perspectives. Interdisciplinary projects are important and there’s funding for collaborative studies. Many students have an image of a lone scientist toiling away, but good science requires collaboration.” Knowing this, Damhnait steers students towards collaborative work as she also models collaboration.