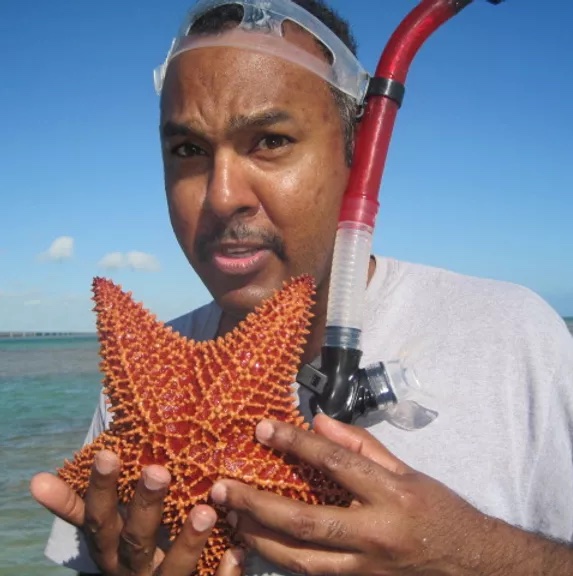 ​“We explore, we look, we smile.” these are much more than the introductory words to Stanton’s video. They are Stanton’s approach to life. One can’t help but smile when listening to Stanton’s rich Trinidadian voice describe his experiences conducting marine research with students in the reefs in Grande L’Anse, Trinidad.

Stanton teaches science through stories. His own story has been engaging students for years. “I am the son of Henry Belford, who was born in a popular coastline village in Trinidad, known as Blanchicheusse. Although I was born in Arima, I remember travelling to Blanchicheusse every other weekend. The village is known for its homemade ice creams, homemade breads, and cassava pones, which I enjoyed as a child, but the best memories of Blanchicheusse was my dad putting me on his shoulders, while swimming in the ocean. I remember he once cupped both hands and told me to taste the ocean water, and when I cringed with distaste in my mouth, he said "Now you will never forget the ocean."

Each year, Stanton travels to his homeland in Trinidad to collect data on marine biodiversity along patch reefs located at Grande L' Anse; the only fringing reef in Trinidad at Salybia Bay. In 2005, Stanton and his students began collecting data on benthic biodiversity and distribution. Now, Stanton has added research on size and distribution of marine invertebrates, such as sea urchins, sea cucumbers, and fireworms. Additionally, Stanton has added molecular techniques and phylogeny to identify and understand zoantharian biodiversity at both sites. 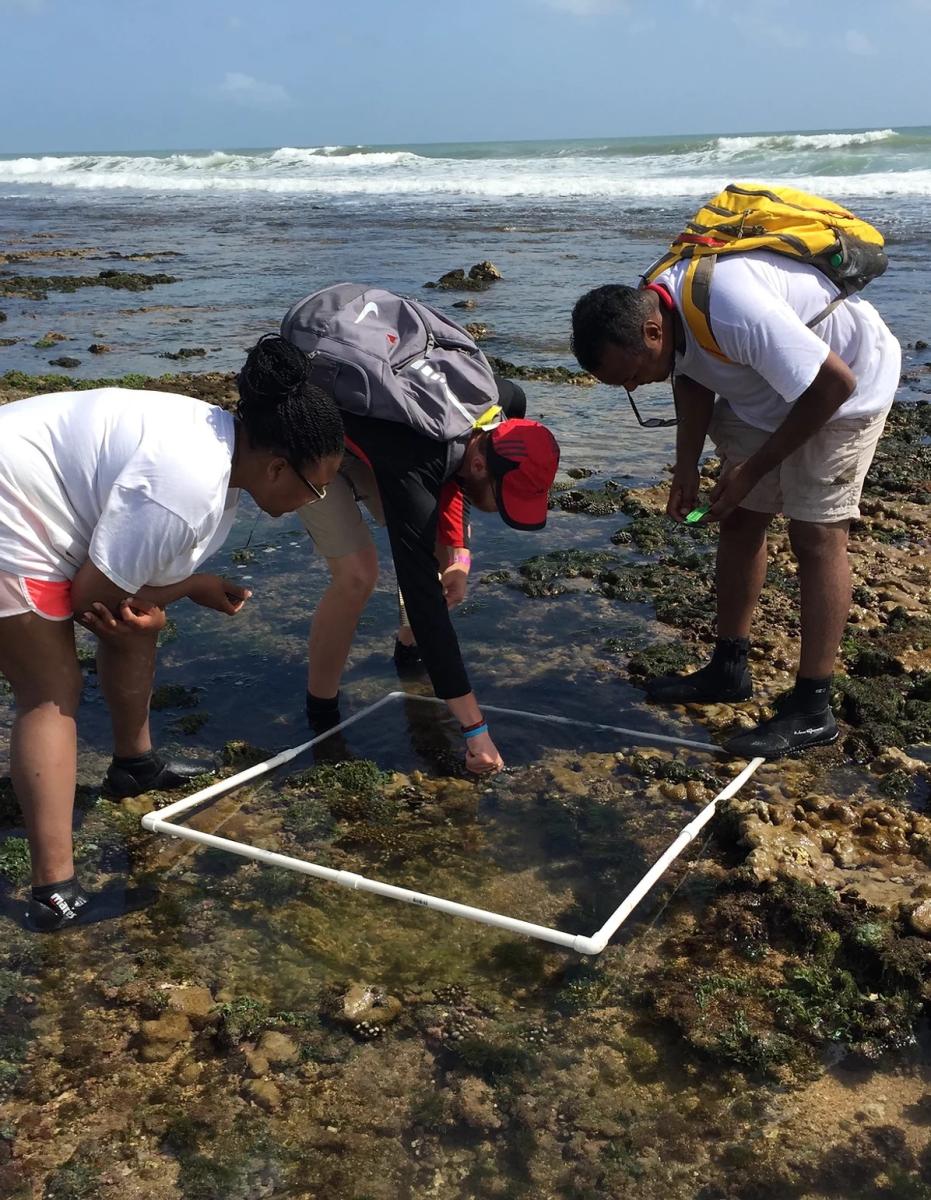 When taking his students from Giles County, Tennessee, (some of whom have never seen the ocean!), to Trinidad, Stanton encourages them to keep a journal of their experience so they will never forget what they felt when seeing the ocean for the first time.

No Black or White, Only the Colors of the Sea

In terms of being a minority in marine science, Stanton views it as a benefit to be the first. “I get to break barriers, and in doing so, encourage others! Where I grew up in the islands, there is no ‘black or white’. We’re all just people with the shared interest of loving and protecting the ocean.”

When asked to describe his vision for Marine Nostalgia, you can see Stanton beam. “Marine Nostalgia is all about connecting. Connecting people from different walks of life, different generations, different education, to a shared experience with the ocean. The ocean is the medium that makes these transformative connections.”

Stanton hopes to expand Marine Nostalgia beyond Trinidad to the Caribbean including Barbados and Jamaica. “The more people are in the ocean, the more likely they will be to protect it.”

When my colleague and I finished our interview with Stanton, we immediately called one another and exclaimed “I WANT TO GO ON A TRIP TO TRINIDAD WITH STANTON!” Maybe we will. Until then, we encourage you to follow Stanton’s adventures on Twitter @StantonBelford. 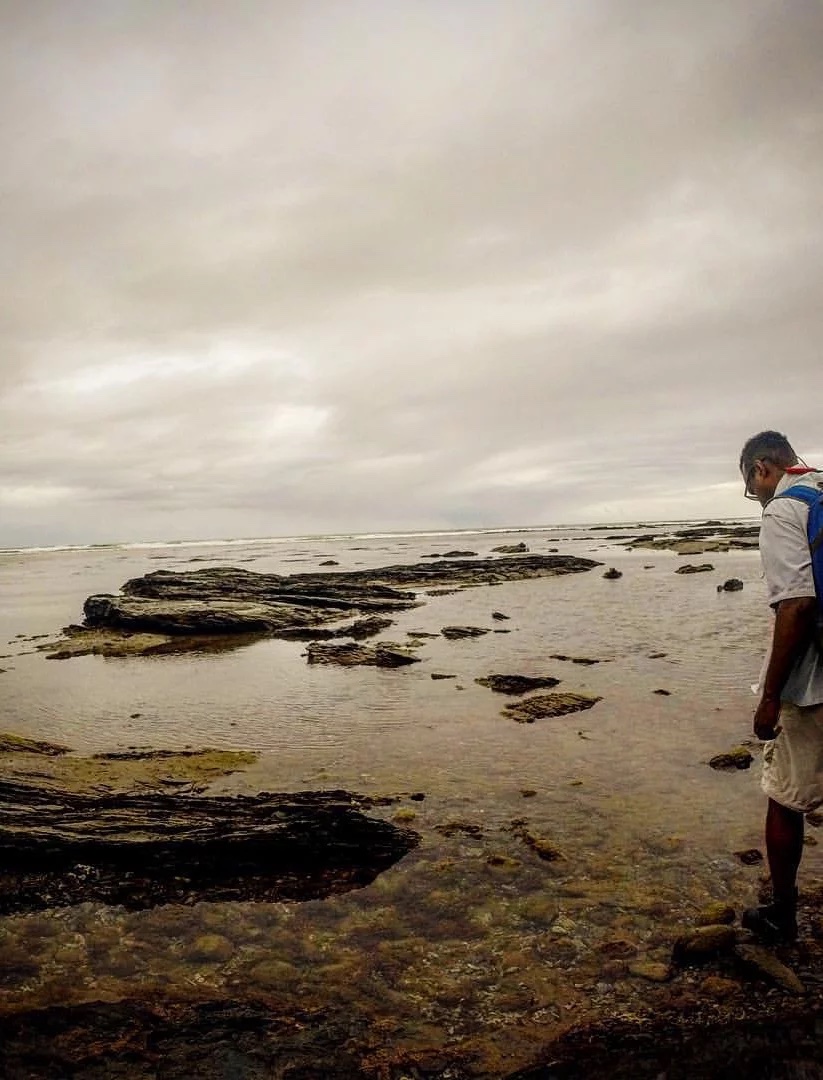