Carbon and the Ocean 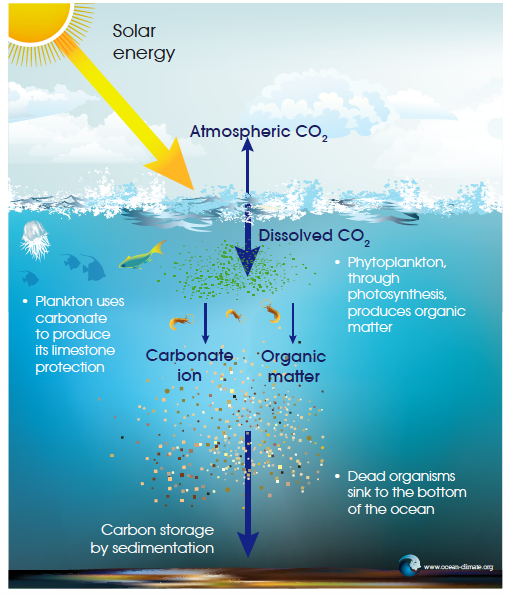 Phytoplankton (microscopic plants) that live in the sunlit surface waters take up carbon dioxide and sunlight to live. Zooplankton and small animals feed on the phytoplankton; larger animals eat those small animals; and throughout the food web the carbon is incorporated into animal bodies.

Most of that carbon stays within 100 meters of the surface, cycling through the animals that live there. But a significant portion makes its way to the deep ocean, and marine organisms play a significant role in transporting that carbon. Tiny bits of dead algae and animals and animal waste material—called marine snow—slowly sink to the deep ocean, carrying carbon with them.

Jellies — jellyfish, comb jellies and salps–all transport carbon from the surface to the depths when they die and sink. In addition, pelagic tunicates (they are chordates) like the larvacean above, continuously create mucus nets that trap marine snow and then get discarded and sink.

There are huge, unknown numbers of jellies in the ocean. Researchers investigating how much carbon these gelatinous animals carry think that up to two billion metric tons of their carbon find their way to the seafloor. These estimates mean that jellies play a big role in the biological carbon pump. 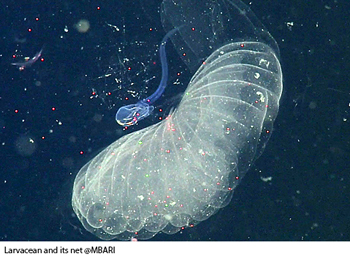 Marine snow that escapes being food in the midwater feeds the benthic community and carries carbon to the bottom, where it remains. The carbon that sinks to great depths and is not exported is said to be sequestered (captured and stored).

This process has been happening for millions of years, as evidenced by formations like the White Cliffs of Dover that once were carbonate rocks in the deep sea formed from marine snow falling to the seafloor.

The carbon that sinks doesn’t come at a steady rate but in pulses, as Monterey Bay Aquarium Research Institute’s (MBARI) researchers have found. And the frequency of those pulses has increased as has the amount of marine snow that reaches the seafloor. “These events are becoming a much bigger part of the carbon cycle,” said Christine Huffard, a marine biologist at MBARI and co-author of the study.” 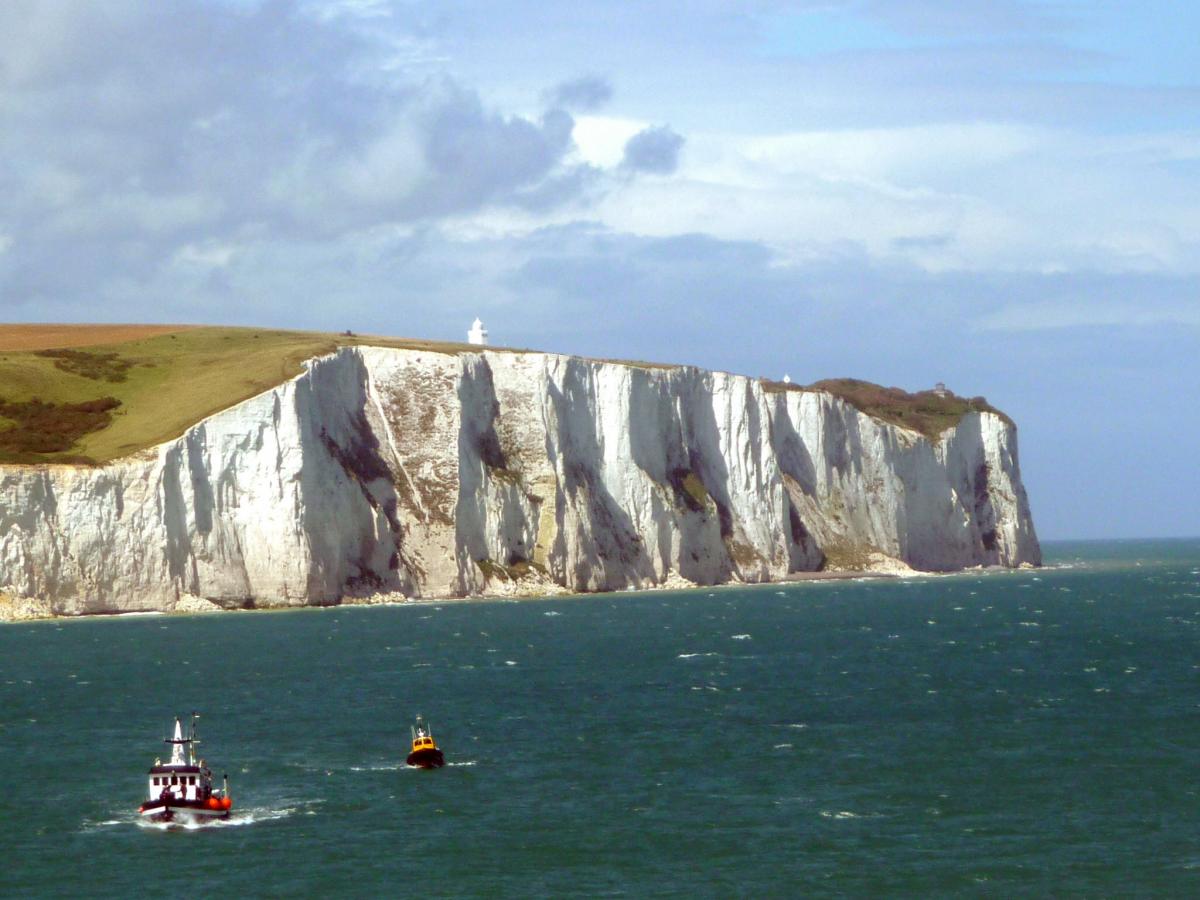 In addition to the carbon sequestered on the seafloor, the ocean stores carbon in other ways. “Blue” carbon is the carbon stored in coastal and marine ecosystems. Kelp forests, seagrass beds and mangroves store carbon like forests on land. These ecosystems store more carbon per unit area than terrestrial forests. Around the world people are conserving and restoring these kelp forests, seagrass beds and mangrove forests. Others are trying to grow kelp that will withstand warming ocean waters so kelp forests can continue to be carbon sinks.