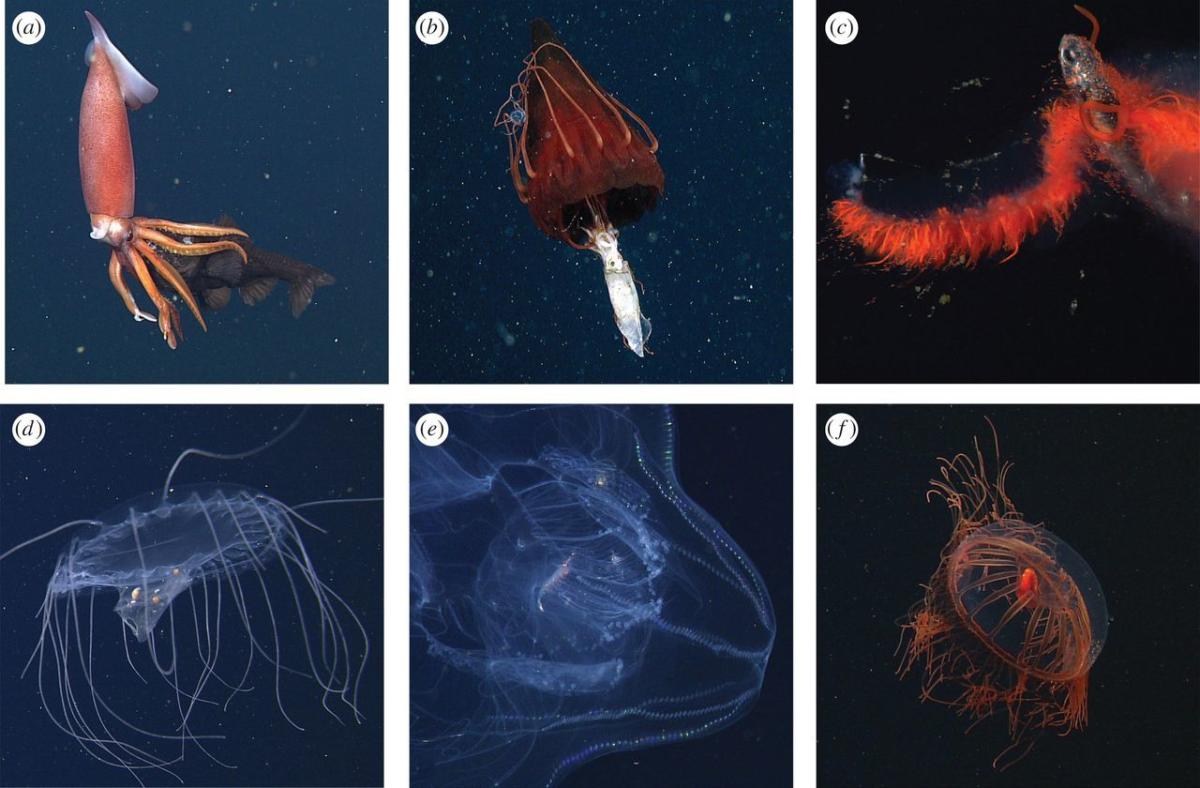 Food webs are key to understanding how an ecosystem functions. The webs are just that: networks of complex feeding relationships, not just the linear food chain we may have learned about in a biology class. More, food webs illustrate the energy flow and predator/prey interactions within an ecosystem.

How do scientists construct food webs for the deep sea, the largest ecosystem on earth? In other ecosystems, scientists research food webs through direct observations, stomach content analyses, or by tracing specific molecules. The last two are not possible in the deep sea due to the gelatinous nature of most predators and lack of basic biochemical information. Cameras on Remotely Operated Vehicles (ROVs) do capture direct observations even when researchers can’t tell what’s going on in the moment.

Bringing the Deep Sea into the Light

Researchers at the Monterey Bay Aquarium Research Institute (MBARI) reviewed 27 years (1991–2016) of ROV camera data to construct a food web of the deep in Monterey Bay, on the central coast of California. The video clips were both ‘fly by’ (in transit) and ‘parked’ (focused documentation while stopped). When seeing a predation event, scientists noted the predator and prey to the most specific classification. With transparent animals, they recorded prey seen inside the predator. In all, the researchers identified 743 independent predator–prey feeding interactions.

Based on the research the MBARI team constructed the food web below: 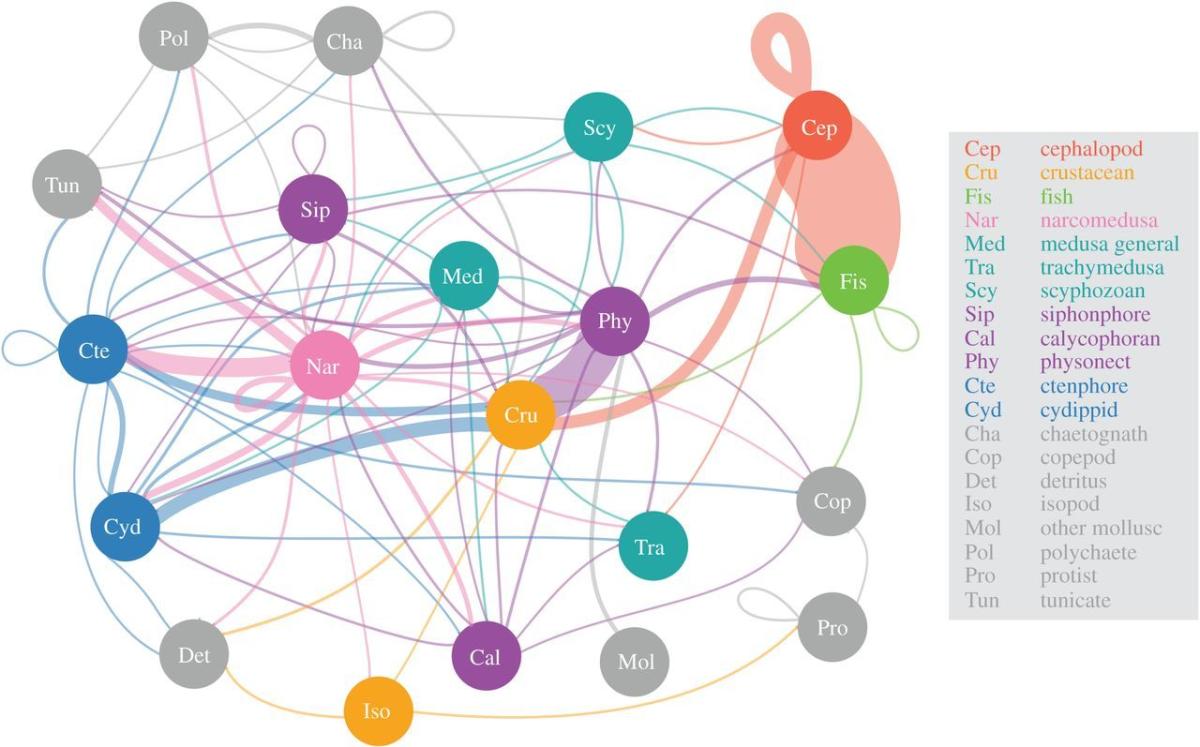 “The linkages between predator to prey are colored according to predator group origin, and loops indicate within-group feeding. The thickness of the lines or edges connecting food web components is scaled to the log of the number of unique ROV feeding observations across the years 1991–2016 between the two groups of animals. The different groups have eight colour-coded types according to main animal types as indicated by the legend and defined here: red, cephalopods; orange, crustaceans; light green, fish; dark green, medusa; purple, siphonophores; blue, ctenophores and grey, all other animals.”

• Crustaceans are a key prey item, fed upon widely by both gelatinous (siphonophores, ctenophores, hydromedusae) and non-gelatinous animals (cephalopods, fishes).

• The main predators in midwater ecosystems are soft-bodied gelatinous animals (siphonophores, ctenophores and narcomedusae). Scientists refer to this as the “jelly web.”