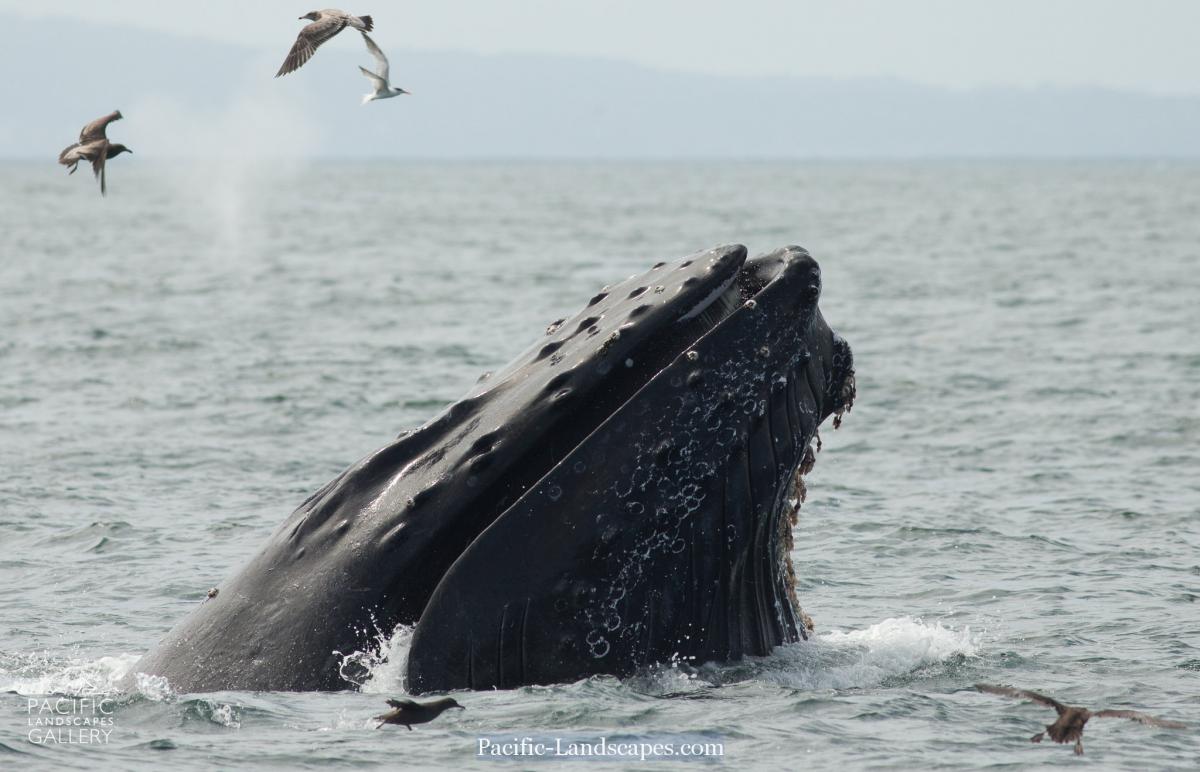 Monterey Bay is our backyard. We’re lucky to be able to see the biggest creatures on earth gorge on krill and anchovies on a regular basis. It never gets ‘old’ to us.

We like to take a boat out of Moss Landing because it gets you quickly to where whales are feeding over the deep Monterey Canyon. During the upwelling season – April, May and June – cold water from the depths brings nutrients to the surface, which stimulates phytoplankton growth.

Krill feeding on the phytoplankton are concentrated in the bay attracting these large whales. Later, as tons of krill have been eaten, the whales switch to eating anchovies and we can see them feeding into fall. We are so lucky!

During El Nino years when the ocean warms, upwelling slows. Without the cold upwelling there’s less phytoplankton and less to eat as fewer krill and anchovies can survive. We definitely see fewer whales in the Bay during El Nino.

2013 to 2015 were two unusually hot years in the Pacific. To escape this ‘blob’ of warm water, wildlife of all sorts moved into the cooler Monterey Bay. It was then that we saw, right off the beach, an unusually large number of humpback whales feeding on anchovies close to shore. Did planet-warming carbon dioxide from fossil fuels contribute to this event?

As climate change begins to shift global patterns of upwelling and ocean currents, scientists are researching what this might mean for krill and anchovies and their predators, large and small. Krill and anchovies form dense swarm during upwelling. “Surveys show a decline in fish abundance of more than 70 percent over the past 40 years. The biggest losses were among fish populations adapted to cool waters, such as northern anchovies.” 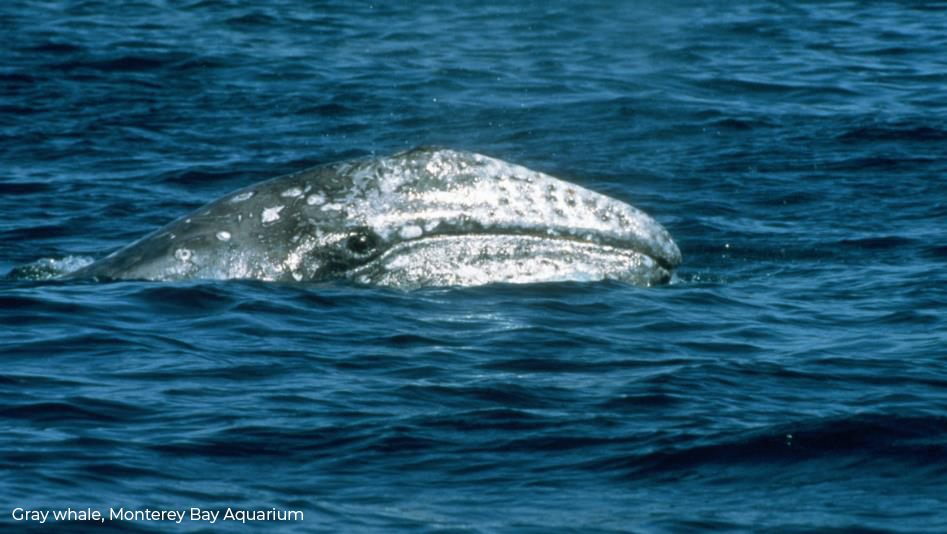 Gray whales are the most common whale we see in Monterey Bay. In late November to mid-January they pass by heading south to Baja to mate and give birth. And they pass by on their way back to Alaska in the early spring. This year, 2019, has been a terrible one for gray whales on the west coast. Between January and mid-June, 167 dead gray whales have washed ashore. Many are emaciated, signaling that something is not right in the whales’ habitat. Why is this happening? The ocean is changing because of the climate crisis: the water temperature in the whales’ prime feeding habitat in the Bering Sea was more than eight degrees warmer than average. Scientists are investigating whether amphipods (small crustaceans), the whales main food source when they are in the north Pacific, have declined due to the changing ocean in the Arctic.

All of these whales feed on animals at the base of the oceanic food web that’s being disrupted by the climate crisis. We don’t know what the future will bring for them.

And more about climate change, krill and whales