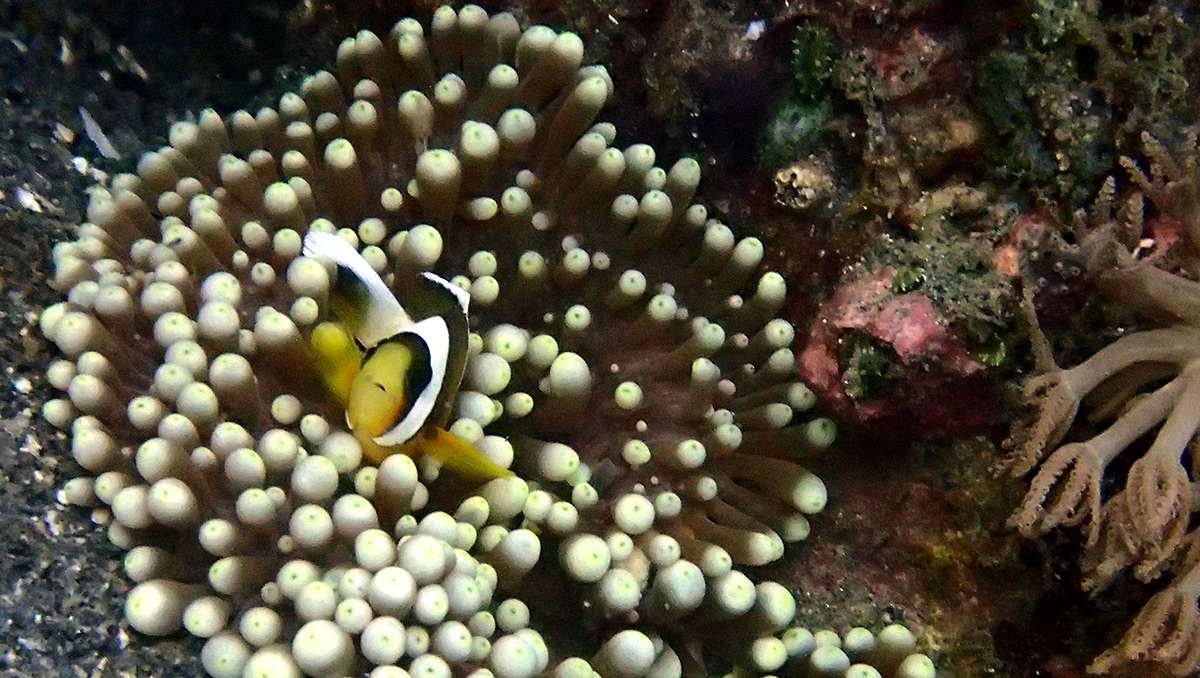 The anemone gives the clownfish protection from predators and the fish gets food when it cleans away leftover anemone prey. The anemone benefits when the fish chases away anemone predators. And the fish gives the anemone nutrients in its poop and dropped food as well as good water circulation as it fans its’ fins while swimming.

Oh give me a home, where the anemones roam…

Clownfish aren’t the only organisms that live with anemones. On some Caribbean reefs, the large corkscrew anemone hosts a variety of different shrimps and crabs including cleaner shrimp like the red pistol shrimp. Scientists know that pistol shrimps and anemones trade several resources including nitrogen, which is a limited resource in reef ecosystems. Also, the shrimp eats anemone mucus and gets protection by the anemone’s stinging cells. The shrimp protects the anemone from predators, pinching and snapping them back using their modified claw.

Read more about anemonefish and anemones:

From the Monterey Bay Aquarium great information about Anemonefish
From Haiki Coastal Science and Societies Magazine, this is good article about corals with photos
More information and a poem about clownfish
Photos of anemones, many with clownfish
Photos and video of one of the most common clownfish and anemones
Photos of pistol shrimp in an anemone
Snapping shrimp defends anemone