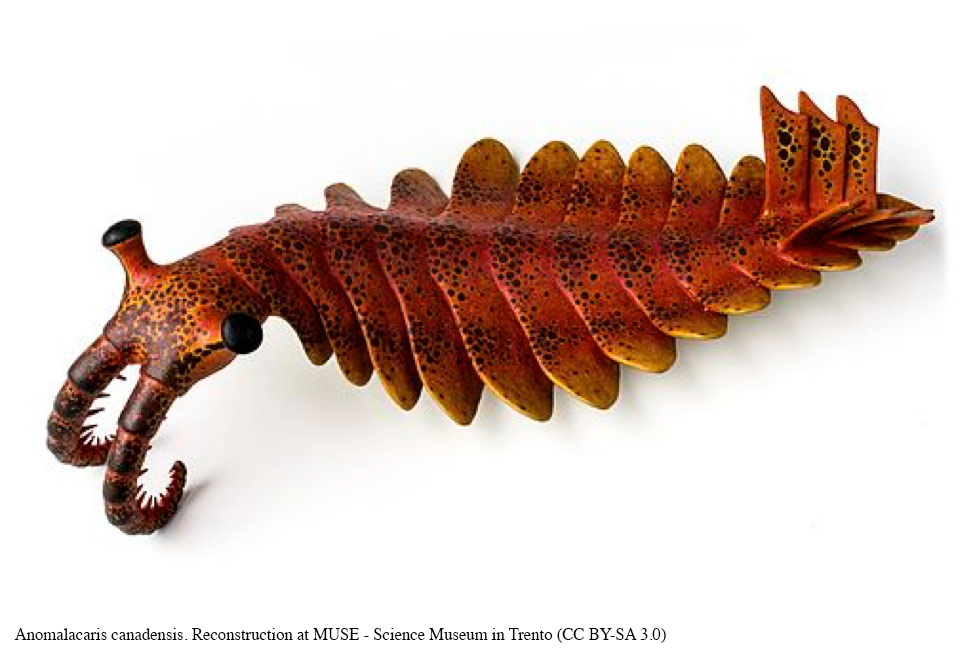 ​Imagine the oceans 530 million years ago, during the Cambrian Explosion, filled with creatures alien to us today. Anomalocaris (ah-NOM-ah-LAH-kariss), from the Greek meaning “unusual shrimp”, was a major predator of those ancient seas. Fossils from the Cambrian in the Burgess Shale in Canada, and formations in China, Greenland, Australia, and Utah show that this large, ancient shrimp was widespread during this period.

The “unusual shrimp”, which grew up to a six feet long 6’, is the largest animal among the Burgess Shale fossils. Scientific studies of fossil body parts and entire specimens have helped scientists understand Anomalocaris’ mode of moving and its predatory behavior.

Stalked, compound eyes with thousands of lenses gave Anomalocaris extremely sharp vision. The presumed undulating swimming motion made it a fast swimmer. Once it caught up to its prey, the creature could grab it using front limbs equipped with sharp spikes on each segment. This combination of excellent vision, speed and spiky front arms would have made it a formidable predator. 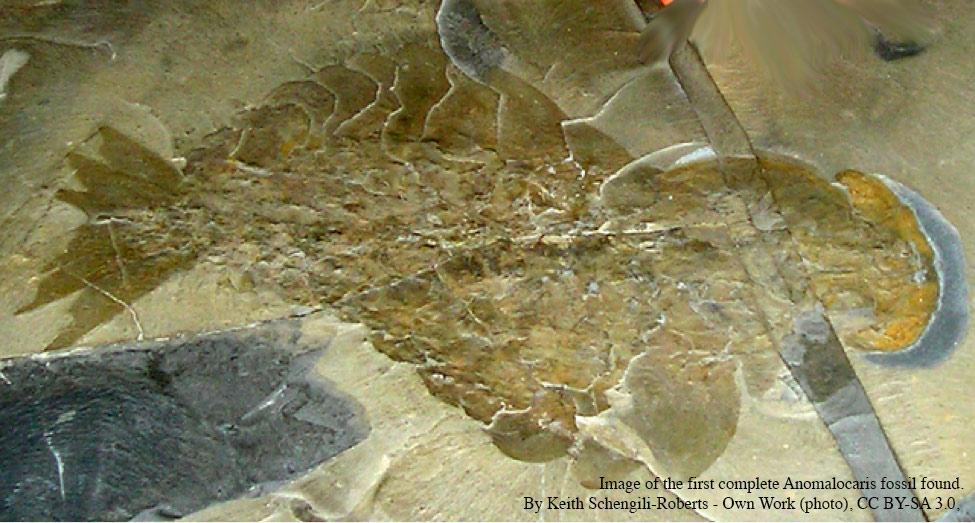 Anomalocaris’ mouth was composed of 32 overlapping plates. Some scientists interpret this as meaning that it could easily crush prey. They point to evidence of its crushing ability: bite-like marks in trilobites. But, Dr. Whitey Hagadorn has argued that Anomalocaris’s mouth and teeth were too soft to crunch through thick trilobite armor, and the fossil plates and tips have never shown any sign of wear and tear. This controversy illustrates how hard it is to figure out what animals were doing over 500 million years ago.

Anomalocaris is distantly related to modern arthropods, including crabs and lobsters. It didn’t survive the mass extinction at the end of the Cambrian. 90% of life on earth was suddenly (in geologic time) eradicated then in an event known as the Great Permian Extinction.