Walking the beach you may be lucky enough to find an intact sand dollar. These are the bleached exoskeleton of dead animals. What do you know about live sand dollars?

Notice the five-rayed star on the top of your sand dollar. Sand dollars are echinoderms, related to sea stars and sea urchins. Like all echinoderms, their bodies are based on five-part symmetry (watch our video on the body plan of these animals: Five part symmetry).

When alive a sand dollar’s exoskeleton (called a test) is covered with tiny spines and tube feet that make it look furry. And like sea urchins (some people call sand dollars “flattened sea urchins”), they are used for protection and to catch food. Sand dollars move on those spines and tube feet on the sandy bottom where they live from the low intertidal to about 130 feet. They can bury themselves completely to escape predators. Watch here:

Sand dollars also use their tube feet feed to sift sand for algae, diatoms and bacteria to eat. When there’s a current, they can stand upright to trap plankton like crustacean larvae and small copepods with cilia on the spines and carry that food to the mouth on the bottom side of the animal.

Scientists have wondered how sand dollars keep standing in strong bottom currents. It turns out that they sift sand for bits of magnetite to ingest that helps anchor them so they can remain upright.

Like reefs that corals build, the sand dollar’s exoskeleton is built of calcium carbonate. Those animals that use calcium carbonate to build shells and skeletons face challenges with ocean acidification. The increasing amount of carbon dioxide dissolved in oceans is leading to more acidic seawater. Ocean acidification poses a critical threat to many shell building organisms: they make thinner shells and the shells of some species are actually dissolving. This video shows an experiment where a sand dollar’s exoskeleton dissolves in extremely acidic water that would never occur in nature.

Read more about sand dollars from the Monterey Bay Aquarium 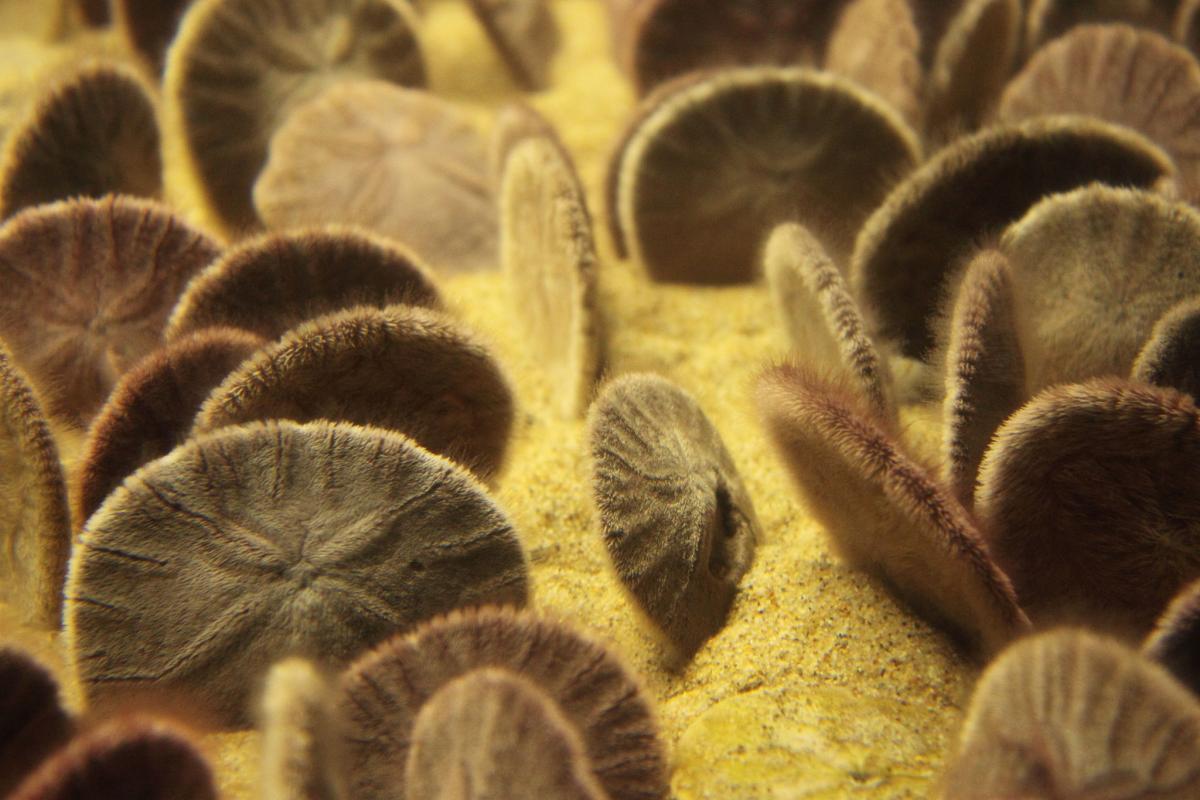