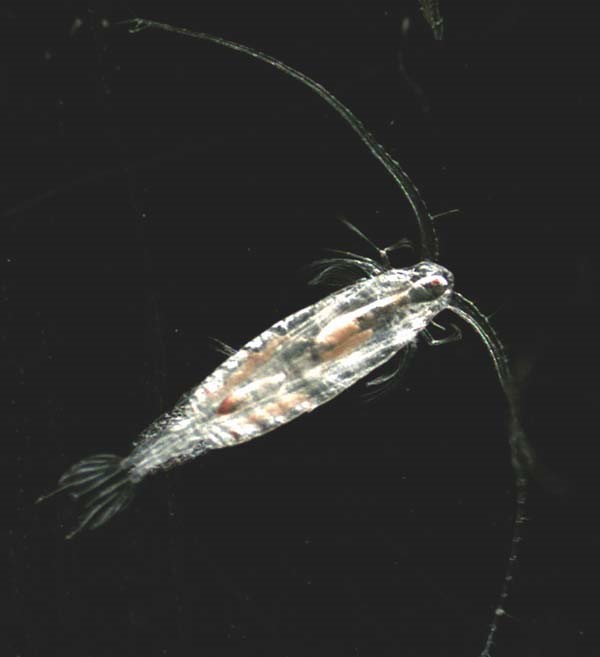 One of the most abundant creatures in the aquatic world is the tiny crustacean called a copepod. Most live as plankton in the open ocean. But they also live in the deepest ocean trenches, freshwater streams and lakes, in caves, and really anywhere there’s water — from frigid to very hot.

Copepods may be tiny but they’re really fast and powerful swimmers: they can travel 90 meters(295 feet) in an hour – the equivalent of a human swimming 50 miles per hour! Check out how copepods move and capture prey in these animations.

Essential in the Food Web

In the open ocean, copepods occur in huge numbers and are an essential link in the ocean food web. They feed mostly on plants, called phytoplankton, and in turn are eaten by zooplankton, fish, seabirds, and even some of the largest whales, transferring the sun’s energy captured by the phytoplankton to the predators in the open ocean.

Since their food (phytoplankton) lives near the ocean’s surface where it’s bright during the day, predators like fish and birds easily eat copepods during the day. So, copepods do something very clever; they feed on the surface at night and swim to deeper water during the day to escape predation. 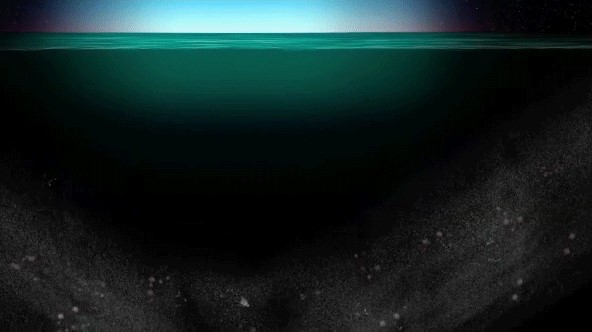 Lots of other animals join copepods in a daily migration to the surface at night and back down at daybreak. This vertical, daily migration (called diel vertical migration) of zooplankton and fish in every ocean is the largest daily movement of animal biomass on the planet. “It is an enormous movement on their scale. If you scaled it to a human, that would be like running a 10K to get your dinner and then a 10K before you went to bed, and doing it at twice the speed of an Olympic marathon runner,” said Senior Scientist Kelly Benoit-Bird from the Monterey Bay Aquarium Research Institute..