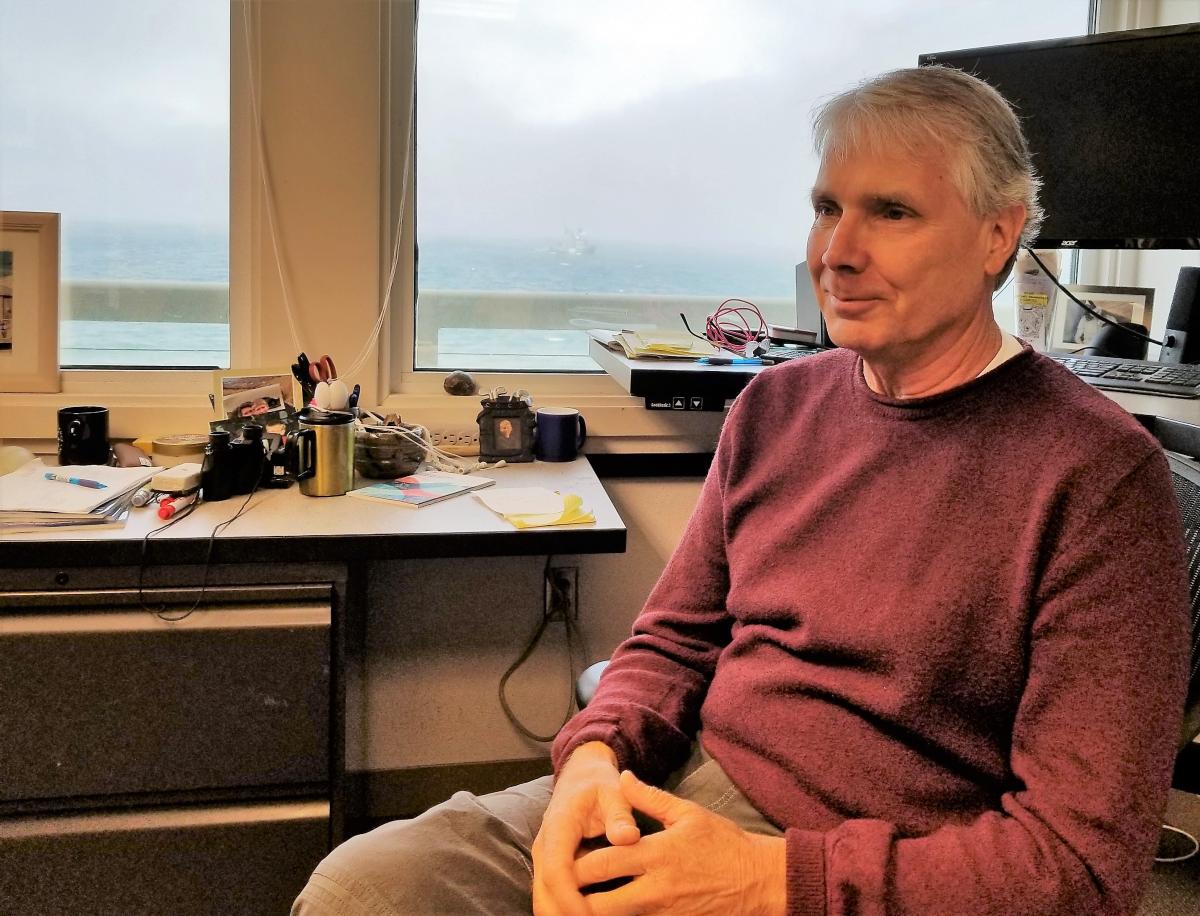 Behind Every Great Scientist is a Teacher with a Strong Message

How does a kid from Missouri become an award-winning scientist who specializes in animals living in the bottom of the ocean? “It wasn’t until I was in community college that I was jolted into actually applying myself. I had a teacher who told me I ‘made him sick’ because I got decent grades with such little effort”, chuckled Jim. “I mean, he had a point. I was basically surfing and goofing off.”

Jim applied himself all the way to his PhD from Scripps Institute of Oceanography and today instills a natural curiosity about the ocean with his engaging presence.

Jim’s work as a Sr. Scientist at MBARI has evolved to a  focus on the influence of climate change, including global warming and rising atmospheric carbon dioxide levels, on ocean animals and ecosystems. “My interest in environmental issues is just a part of my DNA,” said Jim who on Earth Day in 1970 pushed an old Jaguar car 4 miles, with friends, to make a point about the rising demand of fossil fuels. “It’s a part of the value system I was raised with.” 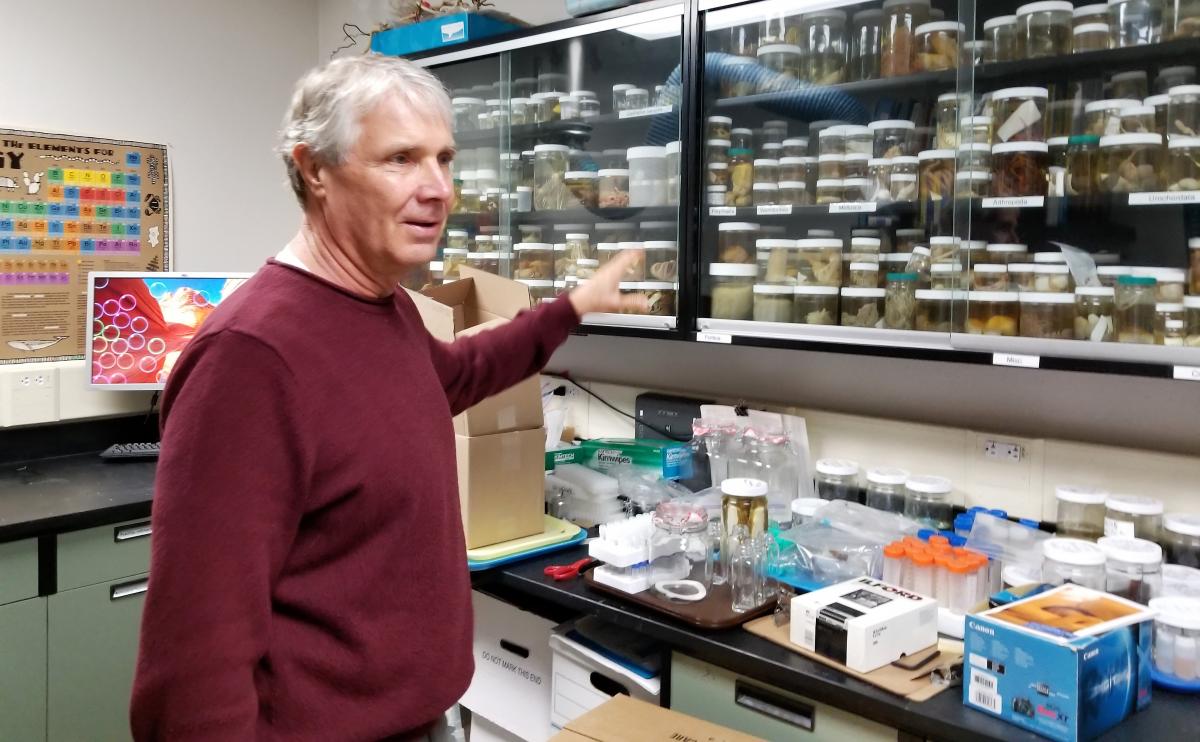 While focusing on animals that live on the bottom of the ocean (benthic ecology) at the MBARI, Jim studied cold seep animals that live in unique ecosystems. But, as climate change became a more urgent issue, Jim wanted to understand how much the ocean is changing and the biological impacts of those changes. “Climate change is the issue of the 21st century and most of the research so far has focused on land ecosystems and organisms. For the ocean, scientists have just started to understand the basics needs and tolerances of animals,” said Jim.

“Climate change in the ocean is more complex than on land. Climate models of the west coast predict more upwelling, a process that seasonally brings up water from the depths to the surface. The upwelled water reaching the surface is likely to be more acidic and lower in oxygen. What does that mean for animals? How would a more acidic ocean affect shell building, growth rates, reproductive ability and longevity? How stressful are low oxygen levels? Can animals adapt quickly enough to these changing conditions?”, Jim wants to try to answer these questions and understand what these changes might mean for animals. 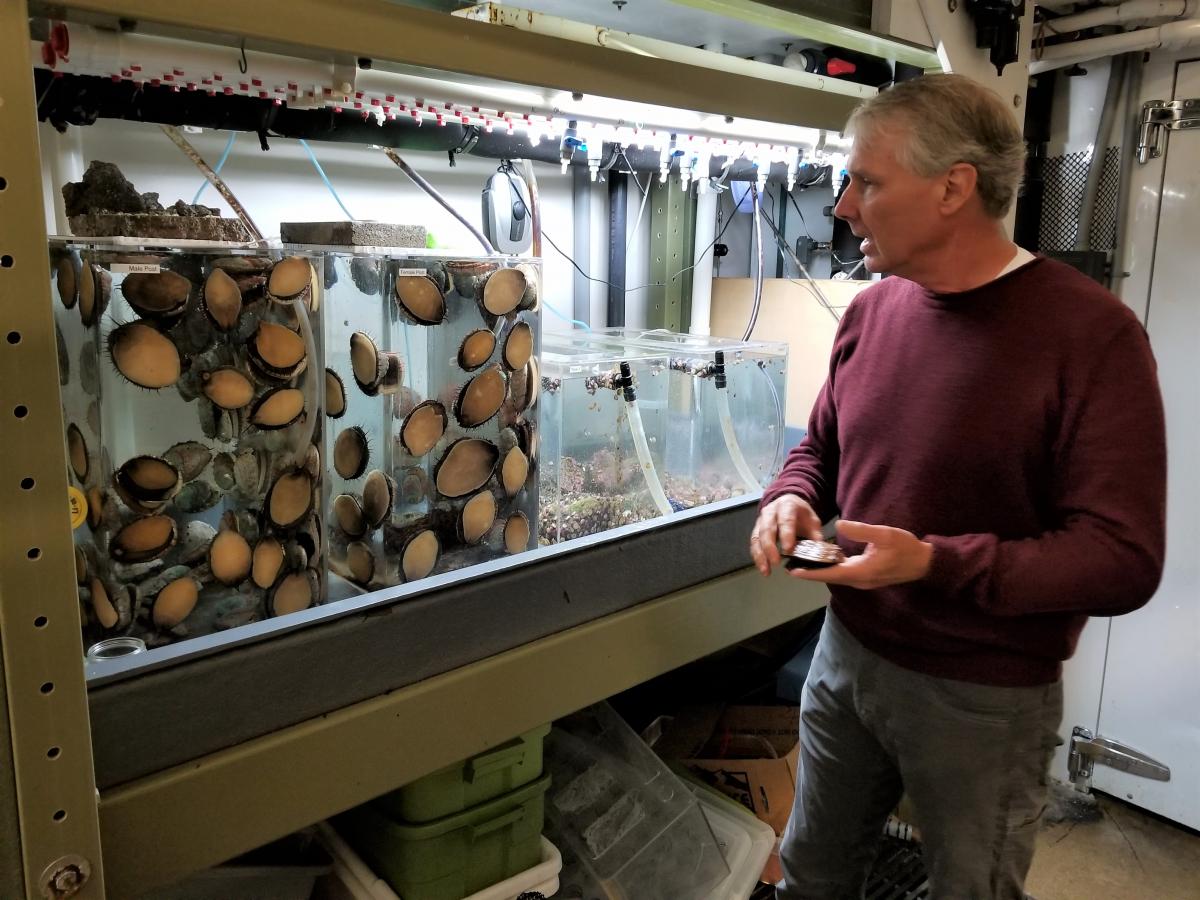 Jim chose abalone as his model in the lab. Jim and his colleagues set up an aquarium system where they can control pH, oxygen levels and temperature. This is an upwelling simulator: the UPSYS. The experiment mimics natural fluctuations in upwelling that brings water to the surface to see the affects on abalone, starting at the larval stage.

“One goal of the experiment is to provide information for natural resource managers: for example, is there an optimal abalone season? For those wanting to design Marine Protected Areas, this information informs their planning,” said Jim.

“Get Out and Enjoy the Ocean!”

When asked his prognosis for environmental health of the ocean, Jim expressed hope because he believes people are beginning to connect ocean health with human health. He also expressed the importance of investing more in research. “What can we do? We can talk with one another about climate change, vote with the climate in mind and use less energy,” Jim adds “Get out and enjoy the ocean. The more you do, the more you’ll want to protect it for generations.”

Climate Change is Suffocating Large Parts of the Ocean 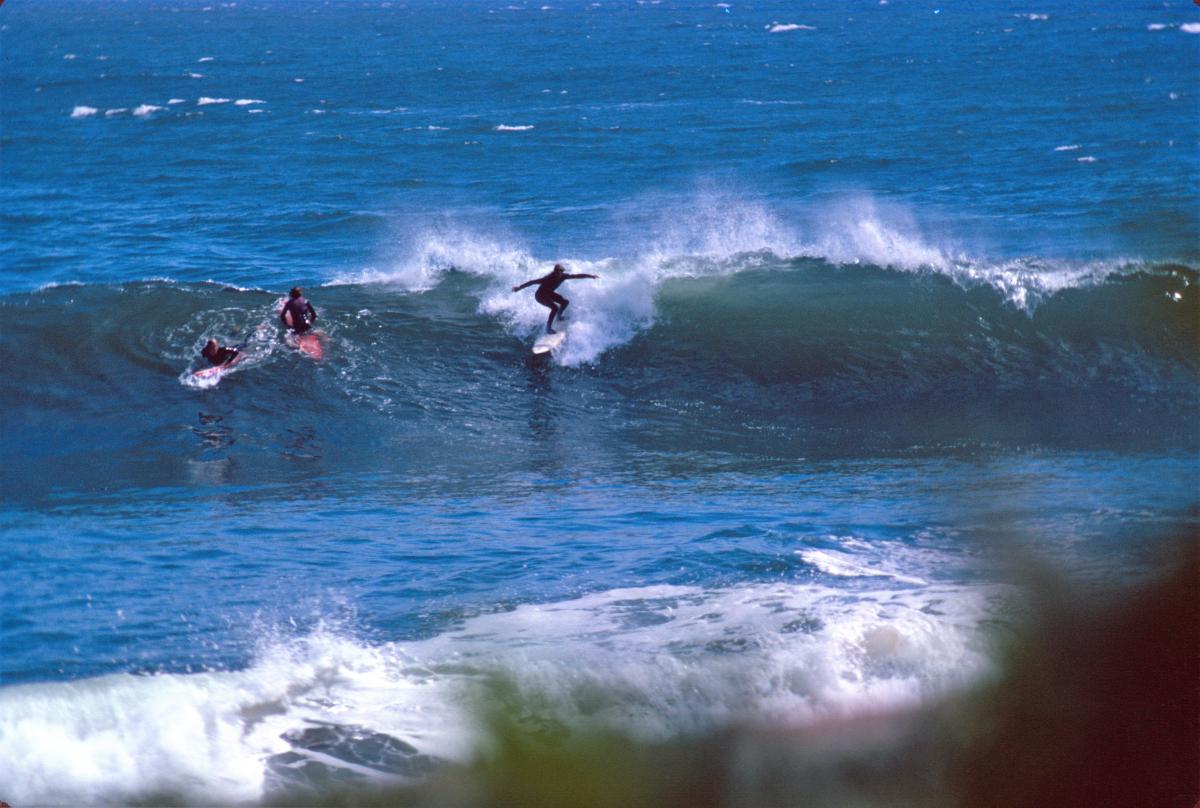