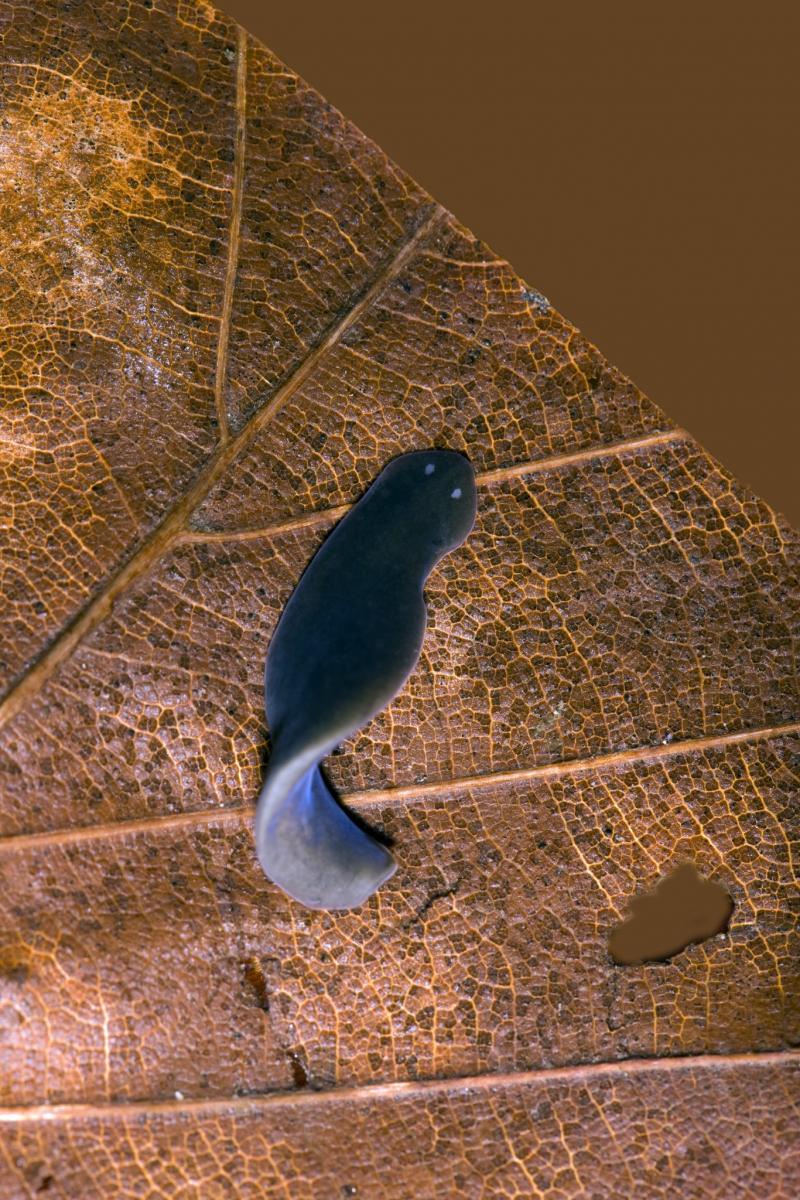 ​Planarians are free-living flatworms. Like other flatworms the planarian has a bilateral body plan with a brain and stereo eyes that enable it to actively hunt. Unlike the flashy flatworms that live in the ocean, the thousands of species of planarians live either in freshwater or on land around the world.

The planarians mouth and pharynx are in the center of its underside. With no circulatory system, the gut distributes food to all parts of the body. They get oxygen through diffusion. They have a simple nervous system and two clusters of neurons in the head—not truly a brain.

Their habitats include moving or still, warm, cool and cold water, and sometimes damp mosses. North America is home to about 200 species of these freshwater flatworms. They are carnivores and scavengers that eat living or recently dead arthropods (e.g., insect larvae and crustaceans), annelids and molluscs .

Planarian are covered with fine, hair-like cilia. They move by secreting a layer of mucous that covers the body to glide along on underwater surfaces. Some species use their cilia to swim, creating minute currents with the very small hairs on the bottom of their bodies.

Terrestrial flatworms, also known as land planarians, are exotic having arrived here on imported plants. They are predators mostly on earthworms. They  locate their prey through a process called chemo-sensation—it’s like smelling and tasting their prey.

There are also three invasive species of flatworms from Asia known as crazy jumping worms that are destructive to creatures living in the leaf litter. One of our Featured Scientists is studying them and trying to understand how to stop their invasion.

One of the most amazing features of planarians is their ability to regenerate. Not only can they regenerate a body part like some other animals – from newts to sea stars – but astoundingly they can grow entire new bodies when chopped in several pieces. This ability has been studied in hopes of harnessing that ability for medical purposes.

Planaria can be used as models for toxicology to test the toxicity of various chemicals. And they are also used as a model in neurological research.